How to: find a flat white in Marrakech

It seems the Aussie cult of the ubiquitous ‘flat white ‘ coffee has slipped its frothy tendrils of crema and aromatic caffeine fairy dust itself into every corner of the globe. Countries where coffee is king has had to surrender space to this cheeky coffee kid and are now sharing sipping time.

You can get a flat white in England now, New York, Los Angeles, New Zealand, Paris (a reluctant host who still calls it cafe latte), South Africa and surprise, on top of the African continent – Magical Marrakech in Morocco. 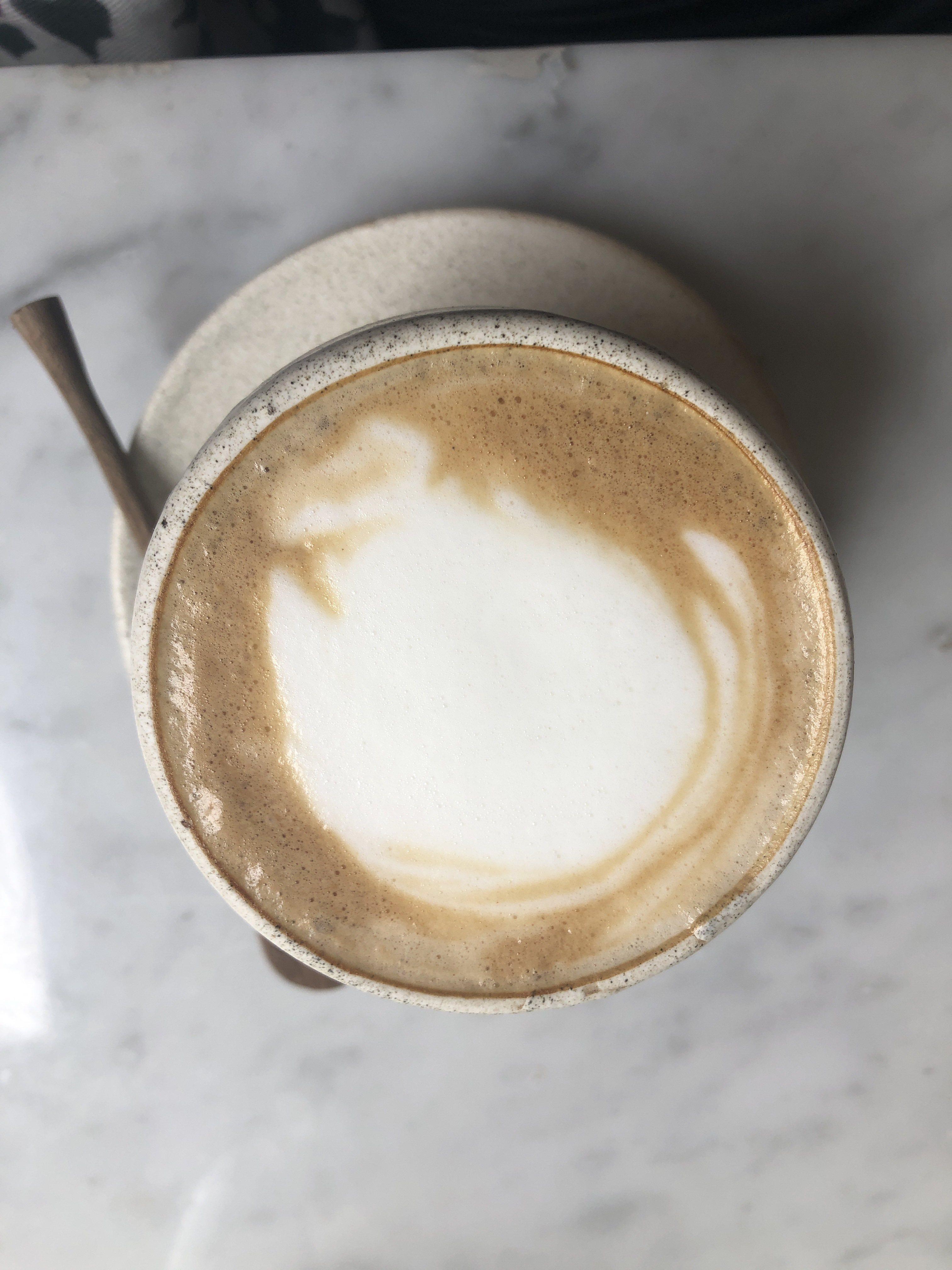 In a very classy part of the ‘new town’ there’s an elegant and stylishly sparse restaurant called +61, owned and run by Australian Cassandra Karinsky.

‘Cassie’ , originally from Sydney has been living in Marrakech for almost 13 years now. +61 has recently obtained a liquor licence and as well as lunches the dinner crowd has swelled to enjoy a mod Oz style menu with a continental flavour and a Hint of Moroccan spice.

I enjoyed Asian dumplings in a fragrant broth and my companions devoured salted cod and a chicken salad.

We finished off the lunch in a modest manner – we shared one lamington (yes, lamingtons have arrived in Marrakech) and flat white coffees all around.

day celebration and managed to roll out 400 of the little buggers. And all were devoured.

The lamington on the menu at +61 was put up for fun originally but they suddenly became celebrity cakes and are a mainstay in the menu today.

I don’t long for tastes of home while travelling but to encounter a fellow Aussie working in a foreign city and bringing a tiny bit of Oz culture to town is kind of fun.

And this lunch fortified me to jump back into to the Marrakech melee in search of more shoes – yep, keep your strength up and drink coffee.

I’m a bit slow – had to update the blog because I just got the meaning of the name of the restaurant – +61 – of course it’s the international prefix to Australia’s phone numbers.

Writer Bev Malzard is travelling in Morocco with @bypriorarrangement who has shown her many cities, meals, co,ours, adventures and a damn fine time.