British food – no longer a scandal

Pub food at Michelin star level? SHOCKING. After we all saw the film Burnt starring Bradley Cooper, it gave us a glimpse into the immense amount of pressure that is involved in becoming a Michelin star restaurant. Britain’s gastropub The Sportsman located in Kent, Southeast England, has managed to achieve just that. The hyper-local ingredients take pride in provenance to a new level. With vegetables from the garden, and pork and lamb from the farms next door, you’d be crazy not to taste the finest quality pub food in history. 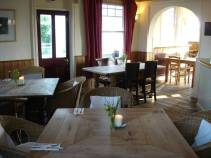 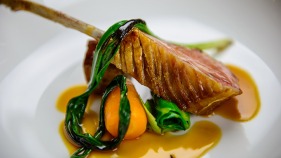 ‘Scandal Water’ was the 19th Century slang for tea and became the thing to do amongst the upper echelons of London Society, for whom work was unthinkable and consequently boredom was a very real issue. The empty hours of the afternoon, between the memory of lunch and the anticipation of dinner, became the perfect time to revive the spirits with a cup of afternoon tea and engage in the real focus of the afternoon – a solid couple of hours of salacious gossip! As time went on it was referred to as afternoon tea. What better way to catch up on the latest goss whilst sipping on a fragrant cuppa and nibbling on the daintiest little sweet treats. You can take a sip of ‘scandal water’ at super cool hotel The London EDITION,where the specialised tea pairs with different sweet or savoury dishes. 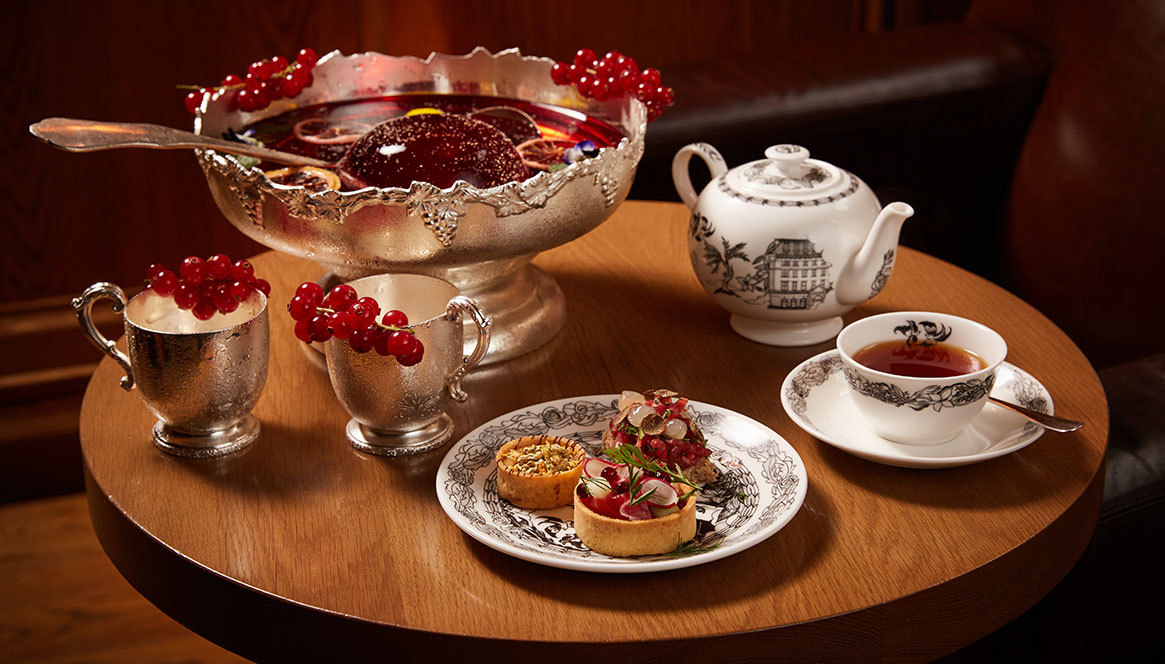 That’s right everyone, Kate Moss does eat! The English-born supermodel helped launch a fish and chip bar, with the help of good friends Anna Wintour and Lindsey Lohan. Sexy Fish, located in London provides a theatrical atmosphere, with interior best described as mid-century glamour and Europe’s largest Japanese Whiskey collection. Sexy Fish is just one of Britain’s many stylish and delicious Chinese and pan-Asian restaurants. For Michelin-starred Chinese try Hakkasan Hanway Place, you’d be crazy not to try its Peking duck with caviar, and grilled wagyu with king soy sauce. 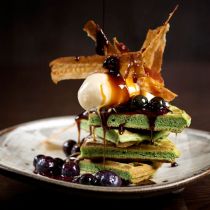 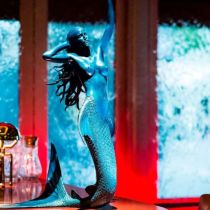 From vegan to Halal, Britain has a wealth of restaurants, cafés and bars that cater for everyone. A common misconception made by many is that Britain is extremely limited in their cuisine options, however we have proven this to be incorrect. For your finest organic food being healthy, ethical and flavoursome try Kitch, Canterbury, southeast England. Those looking for a Vegetarian experience should make their way to Primrose Hill. While Primrose Hill hosts Britain’s largest selection of vegetarian restaurants, you can’t go past Manna, the capital city’s oldest Vegetarian restaurant. With a menu that has been fine-tuned over the years, dishes will take you on a round-the-world trip without having to leave your table (and for a slither of the price).

Britain’s love of cheese is thought to date back to Roman times and was even mentioned in a book dated back to 1086, written for King William the Conqueror. According to The British Cheese Board,  (yes there’s a Board dedicated to cheese – where do I sign up?) today there are more than 700 different cheeses produced in the UK, including several varieties of Cheddar, Caerphilly, Double Gloucester plus all the delicious varieties. You’ll be rolling around Britain like a cheese wheel! 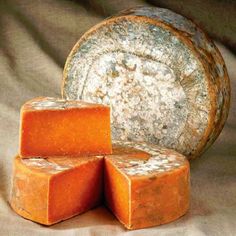 If you’re after fresh fish Selsey and Shoreham in West Sussex are your go-to areas. With two of the few remaining fishing fleets on the south coast, you won’t get fresher fish anywhere! Lovers, you heard it here first – if you’re looking to shake things up and love oysters, you cannot go past the Whitstable Oyster Festival that takes place every summer and takes over the town…Did someone say “aphrodisiac”? 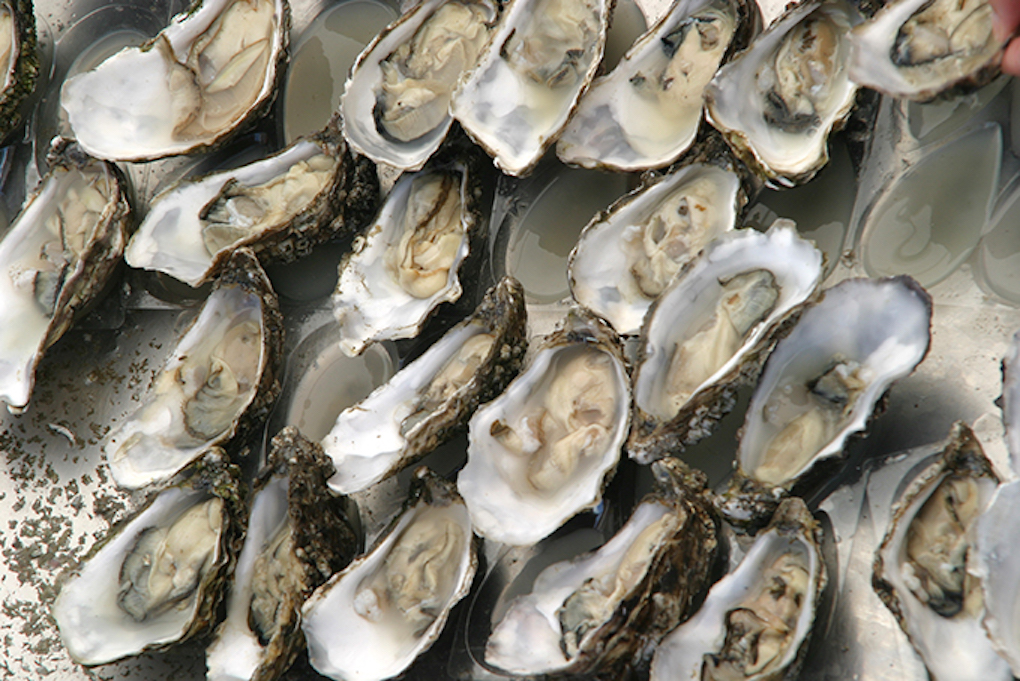 Chocolate is thought to have come to Britain from Europe in the 17th century and started being sold in London’s elite chocolate houses first as a luxury drink. Combining chocolate and alcohol – absolute genius! The British didn’t stop there, they took it one step further and have integrated it into a number of meals – to taste-test, head to Cocoa Ooze in Aberdeen and order a chocolate taco! How did we not think of this sooner?

The Signal Box Inn is a public house in the seaside resort of Cleethorpes, Lincolnshire. It was opened in August 2006 and is a contender for the smallest pub in the world. But you will be shocked at just HOW small The Signal Box Inn actually is. This tiny timber structure is a former railway signal box. As the ultimate mini-bar, it can seat just four customers plus two standing at an absolute squeeze. Despite the diminutive size, it serves a large choice of cask ales, lager, bitter, spirits, wine and cider. After a few drinks you’ll get very friendly with the other patrons, no doubt! 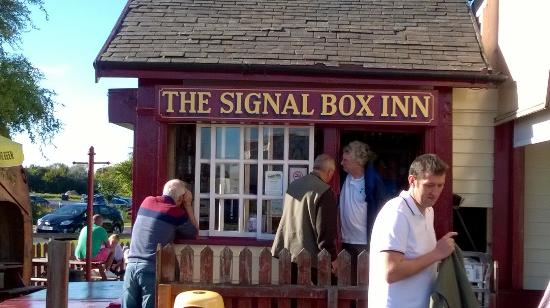 Thanks to STA for this excellent information. Yes, there’s a wealth of eating and drinking places in the UK that are ripe for a visit – and the food just gets better and better.

Writer Bev Malzard recommends you take a look at http://www.visitbritain.com for all things English, Scottish and Welsh.