Brew-ha-ha in the desert

If craft beer has come to the desert town of Lancaster in Antelope Valley, LA County (yes, the county covers 500 sq. miles (805km) of cities, beaches, snow-capped mountains, wild valleys and the Mojave Desert), the hipster world is turned on its ear!

Have a sip, at Kinetic Brewing Company.

When I was invited to Lancaster I ignorantly thought: “mmm, Amish white cotton bonnets and horse and carriages.” Indeed I was a few states away from where I was going – how about across the other side of the country?  Lancaster was a two-hour drive out of Los Angeles, traffic on the great web of freeways and we were hitting the beginning of a bloody hot heat wave. Drink more water, drink more water . . .

The drive to Lancaster was amazing. The ruggedness of the surrounding nature was almost brutal in the shimmering heat-filled light. Every now and then I could see a cluster of pale houses, making every effort to look like a town comfortably waiting out the summer . . .

We arrived in Lancaster and drove through a long stretched out town – certainly bigger than its boots! The main drag is a charmer (who knew?), the historic precinct of West Lancaster Boulevard, lined with trees that have grown to a size to gently fan a light breeze.

Always up for a celebration, we happened to visit for the 40 year anniversary  of Lancaster becoming a city in 1977. The city was created around the United States Airforce base, aerospace and in March this year the Thunderbirds took to the skies at the LA County Air Show to honour the community’s achievement of cityhood!

First stop for us was at The Lemon Leaf for its famous iced lemonade. It hit the spot. The cafe was buzzing and the aromas lifted our flagging spirits. 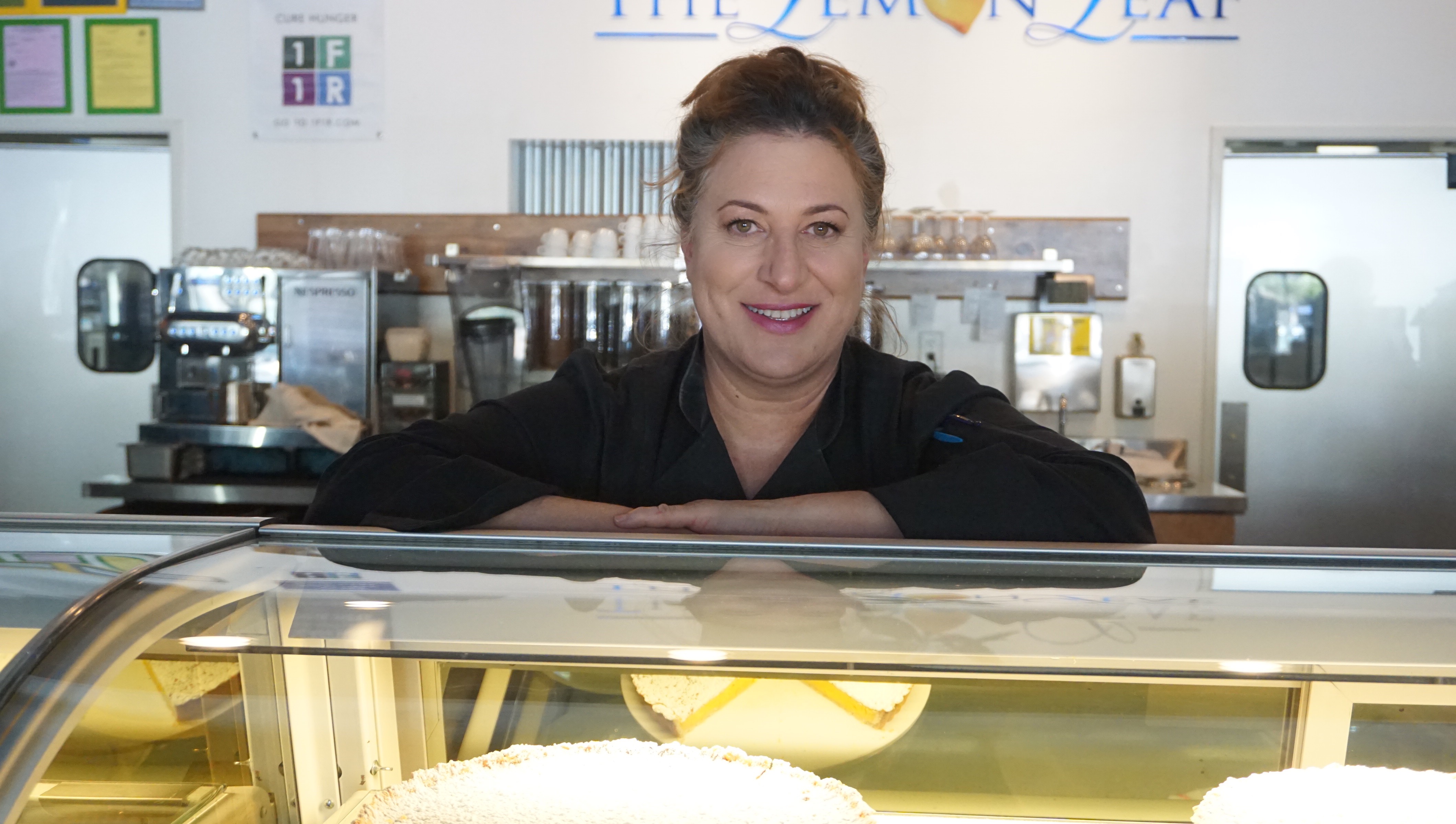 The cafe is owned by the ebullient Maria Elena Grado (pictured above) who is the product of Greek and Italian parentage which is DNA that makes for passion, food and creativity. Maria’s menu is influenced by what her mother and grandmother created in the kitchen, and some of the recipes, sweet (cakes) and savoury (pasta) are the family recipes. And despite the odd customer questioning her cakes as brought in  (how very dare they!) . . . the cafe is a welcoming hub for locals. (For the record, Maria bakes all the cakes that are served in The Lemon Leaf.)

And on the side of the angels, Maria is a tough (in a good way) employer. She insists that her young staff keep up their studies and school attendance while working for her – it’s a rule of employment.

And off the main drag in West Lancaster is our first brewery – Bravery Brewing Company that invites everyone over the legal age (21) for drinking into the tasting room to choose from an array of flavoursome beers.

Bravery Brewing is an indy microbrewery that has captured a faithful clientele of locals and the folks from the air force. The establishment is a committed supporter of patriots and veterans, and a rather splendid American flag on the wall made from timber has photographs surrounding it supplied by customers of fallen members from airforce, navy and army printed on the flag.

Independently owned, the craft brewery has up to 30 varieties on tap. 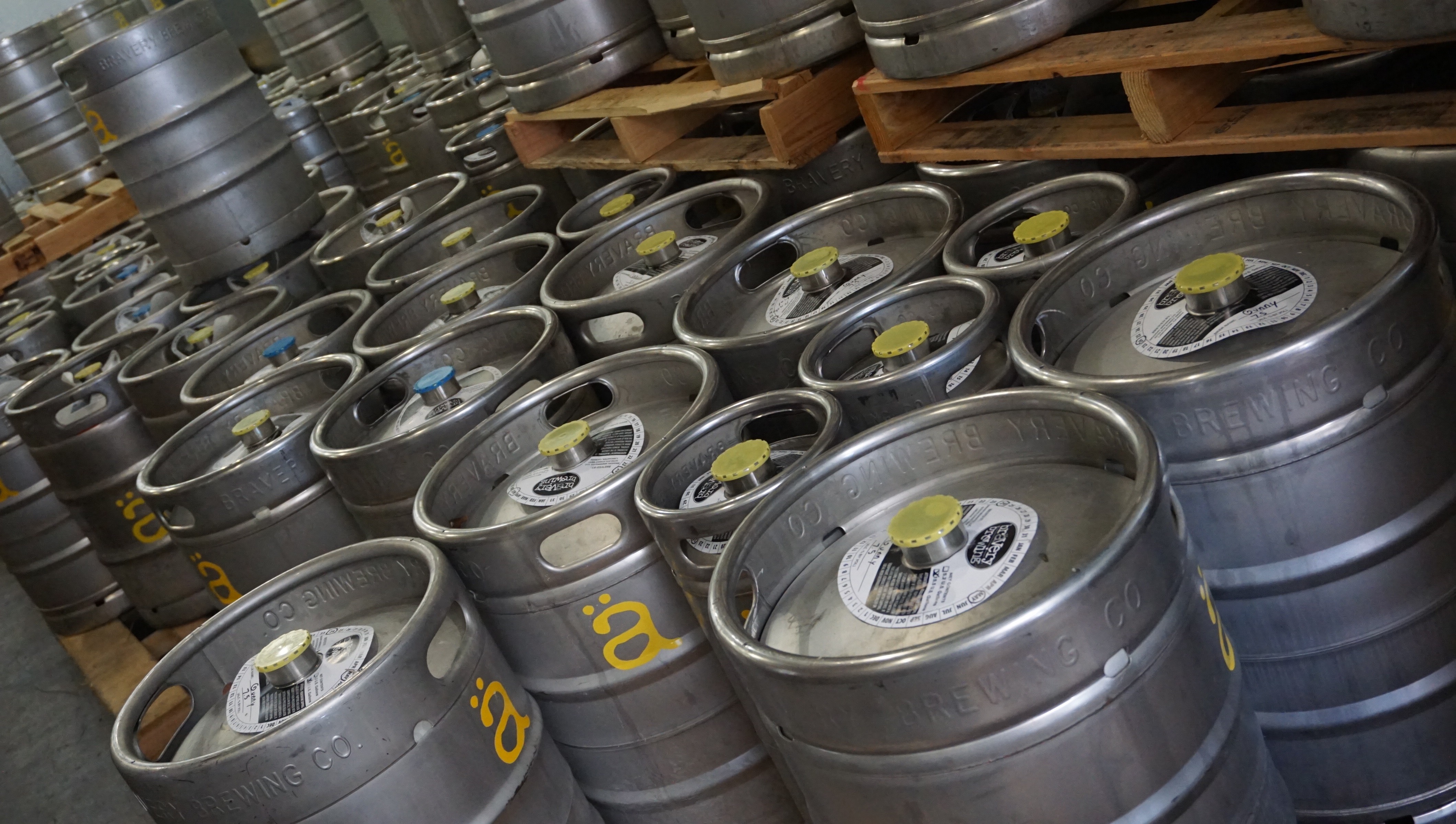 The Bravery Brewing Company’s kegs, waiting to tapped and invited to the party.

Next stop is the Lancaster Museum of Art (MOAH), and this is an exciting find in what some might say is an out-of-the-way city. The architecture of the building is sleek and artful. Regular exhibitions are from noted artists from near and far and much of it reflects the beauty and tyranny of living in the desert. Downstairs in the museum is a large workshop for kids.where finds in the desert are put together as art pieces (Lost Angels) – yet again reiterating the value of ‘stuff’, and putting it to use as ‘art’ and as a reminder of what is thrown away and how it can still have value. 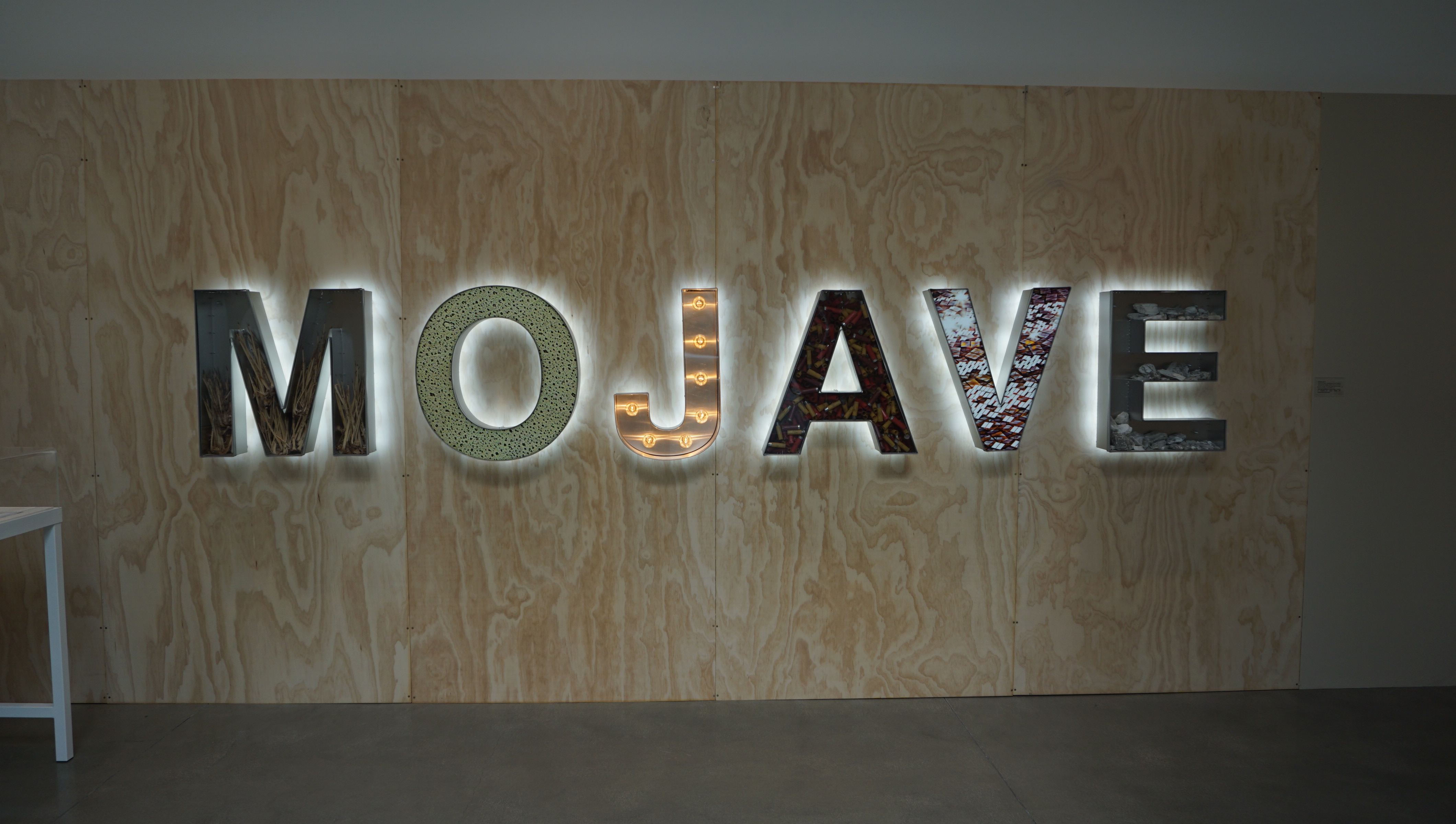 At the Lancaster Museum of Art.

Time to mosey along to another brewery – down another block on the boulevard and the Kinetic Brewing Company is beckoning. Kyra and Steven Kinsey have made a great success of this company. The bar is a hip kinda exposed brick saloon – and filled with a crowd enjoying the brews and gastropub food. Not a man-bun to be seen that day!

A charcuterie platter is served up, plus house-made pretzels and their take on the pub classic – Scotch eggs. 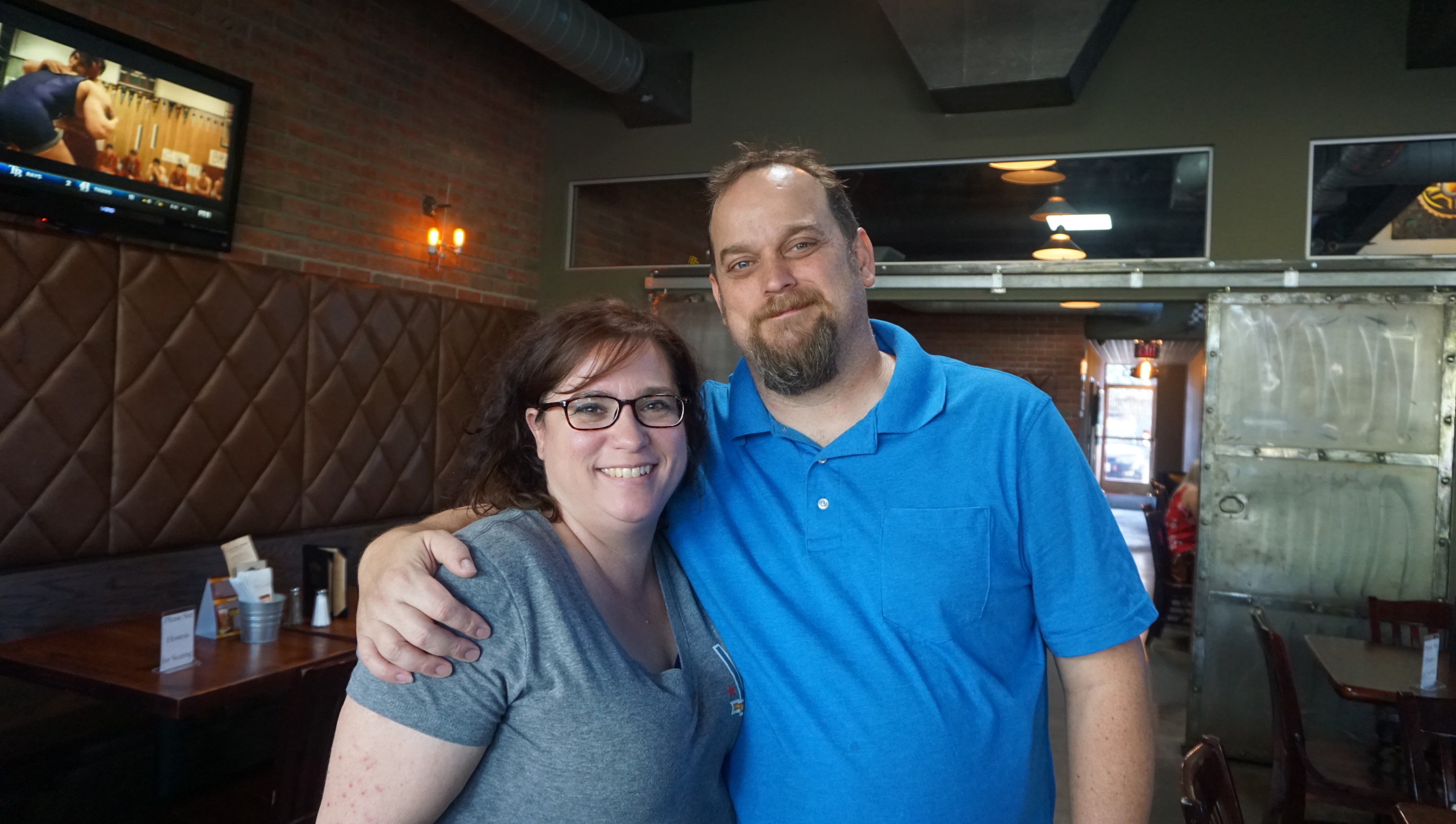 Before we make the next and last food and wine stop there’s something I found rather peculiar with the food and booze stars of the town, all the owners had previously been in the movie business, from grip, to stylist to writing . . . mmmmm.

Strolling down the centre of town and the sun was getting lower but the air still stung with heat, we entered a room that transported me to Paris or Rome or . . . anywhere but here. It was Friday night and there was live entertainment in Pour D’vino a restaurant/wine bar that exuded the aesthetic of a European city hideaway. There’s a vast collection of wines from all over the world and the menu is constructed to work well as wine and food pairings. The room bustled with good humour and a large golden retriever made its way though the bar – ostensibly looking for a friend but I think not – it was a very thirsty day!

Mother Jody Cherbonneaux and son Jason Brookins (pictured below) set this bar up a few years back and as there was not a wine bar in the city – they not only established themselves but have created the cuisine and ambience of an Italian restaurant that more than lives up to its reputation.

And to be served brilliant seared tuna in the middle of the desert . . .who knew? 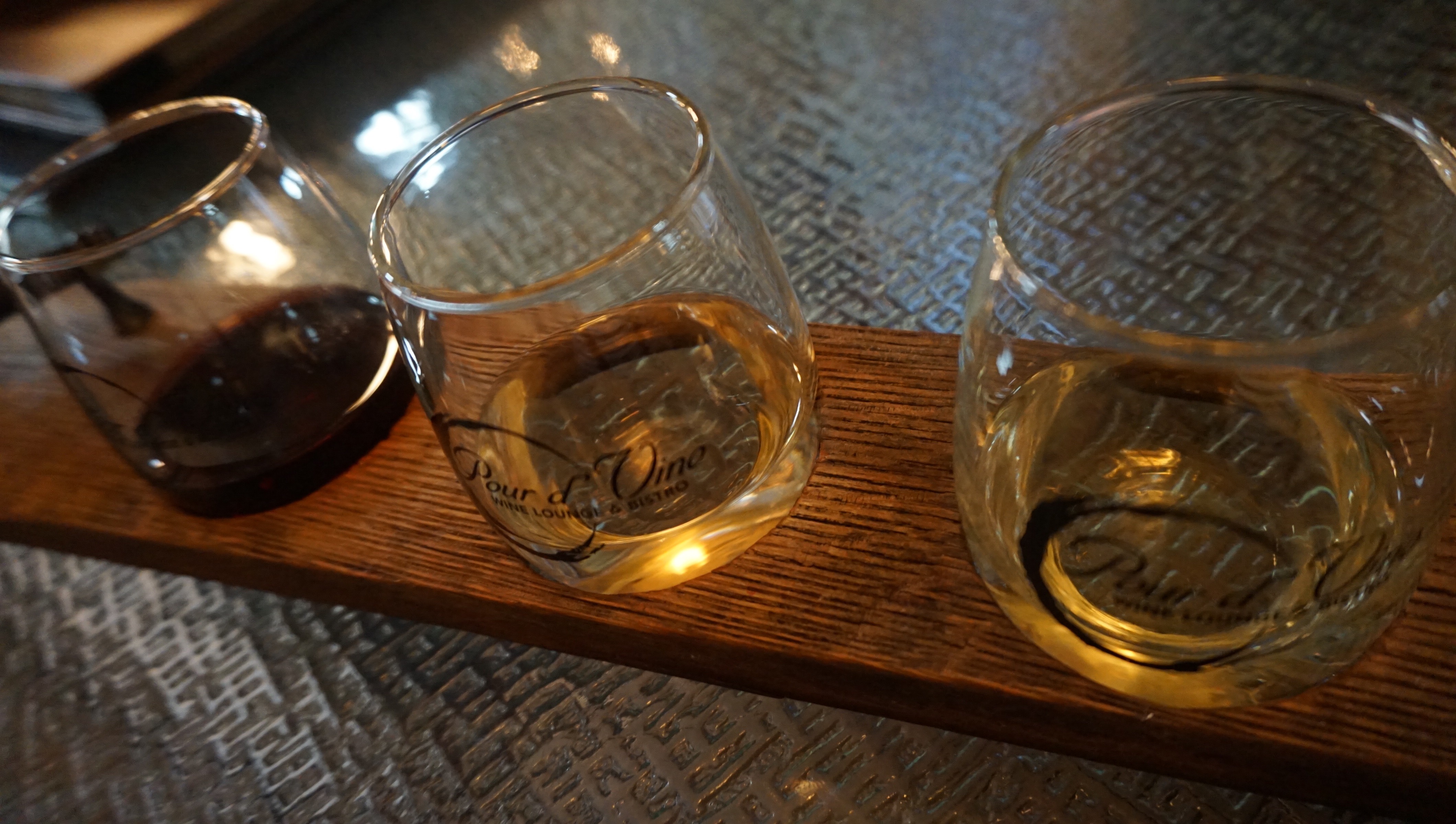 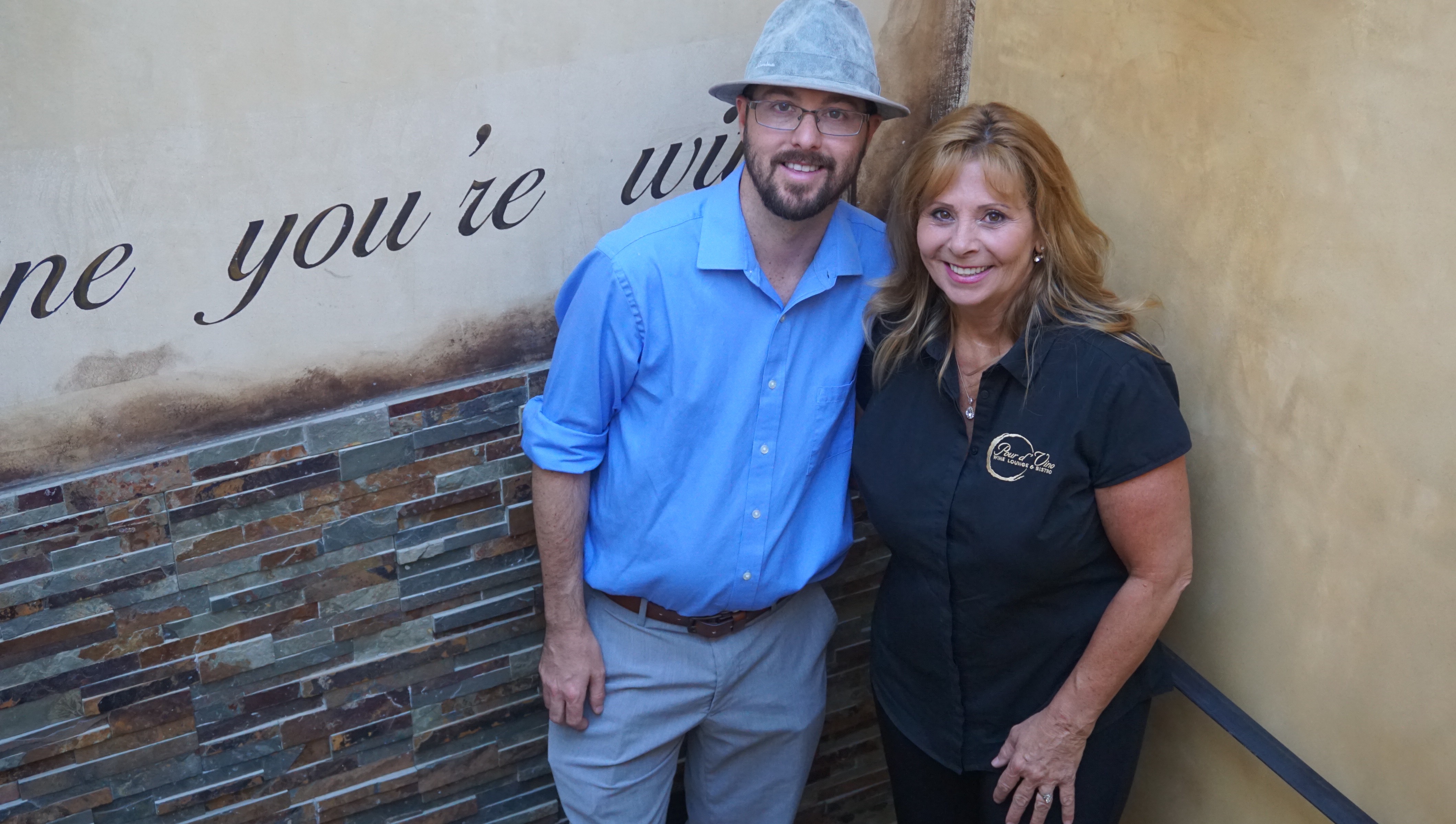 Pour D’vino is opposite the city’s pride, the Performing Arts Center and the movie house, where first releases are screened and contemporary plays and classical, rock and country music are performed regularly.

And although we could  not squeeze another morsel or beverage in . . .we had a quick look at the rather tasty looking bar, Zelda’s – a smooth operator of a place with an art decor edge and a cool vibe – what more could you want? 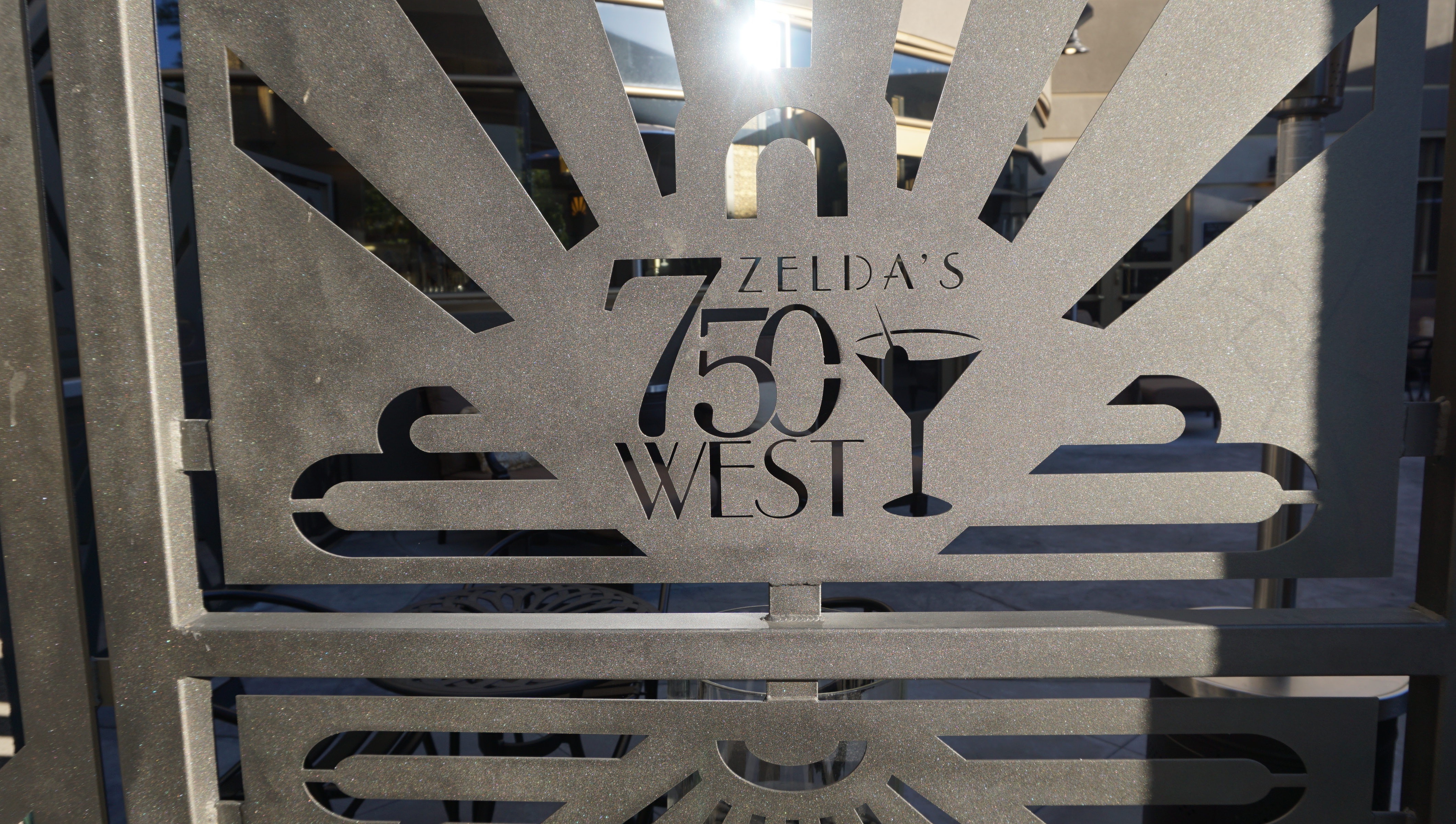 And if anyone asks me about Lancaster in Antelope Valley, I’ll just say “who knew”.

And by the way, there are no antelopes here.

The writer Bev Malzard was a guest of Destination Lancaster and was most grateful to experience this wonderul city – and no, I can’t eat any more of Maria Elena Grado’s cakes. Stop it. OK, just one more slice please.

6 responses to “Brew-ha-ha in the desert”