Who put the PORT into PORTUGAL?

Portugal’s robust and vibrant small city of the north, Porto, is more than the sum of its many and varied bridges.

I was coming to the end of a cruise along the silky Douro River in Portugal through an old part of the world that is thus far unspoilt, mellow and innocent of mass tourism at its most voracious.

We had visited vineyards that have been producing wine for hundreds of years, walked through sleepy, ancient villages and skipped across the border to take on Spain for a sunny afternoon.

But the cruise was at an end and a new landing and a new city was revving up the anticipation endorphins.

The vessel was sliding to where the river meets the sea, through the city of Porto.

This is an aged city and under a brilliant blue sky the view of the built-up apartments on the edge of the shore and the emergence of bridge after bridge, from wrought iron to modern concrete construction gives the river an energetic, gleeful aura. 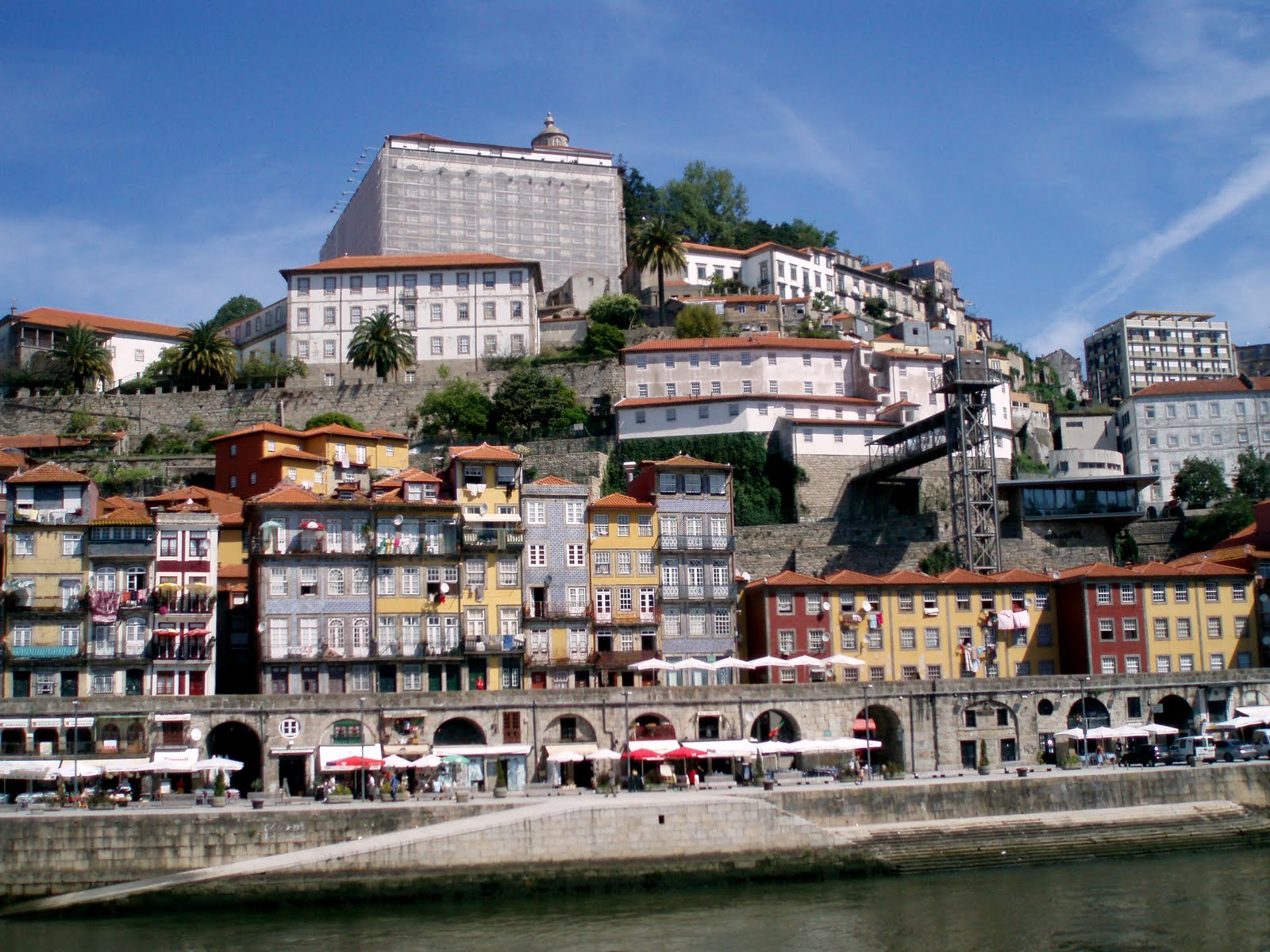 Along the serene Douro River steep sided, terraced vineyards produce the ‘gold’ of the region – port wine. It makes its way down to Porto, named for the potent elixir and it was Porto that put the ‘Port’ into Portugal.

The main part of Porto sits on the craggy bluffs east of the mouth of the Douro River. Avenida dos Aliados is a broad avenue running through the central part of the city lined with handsome, intricately detailed, Art Nouveau buildings. 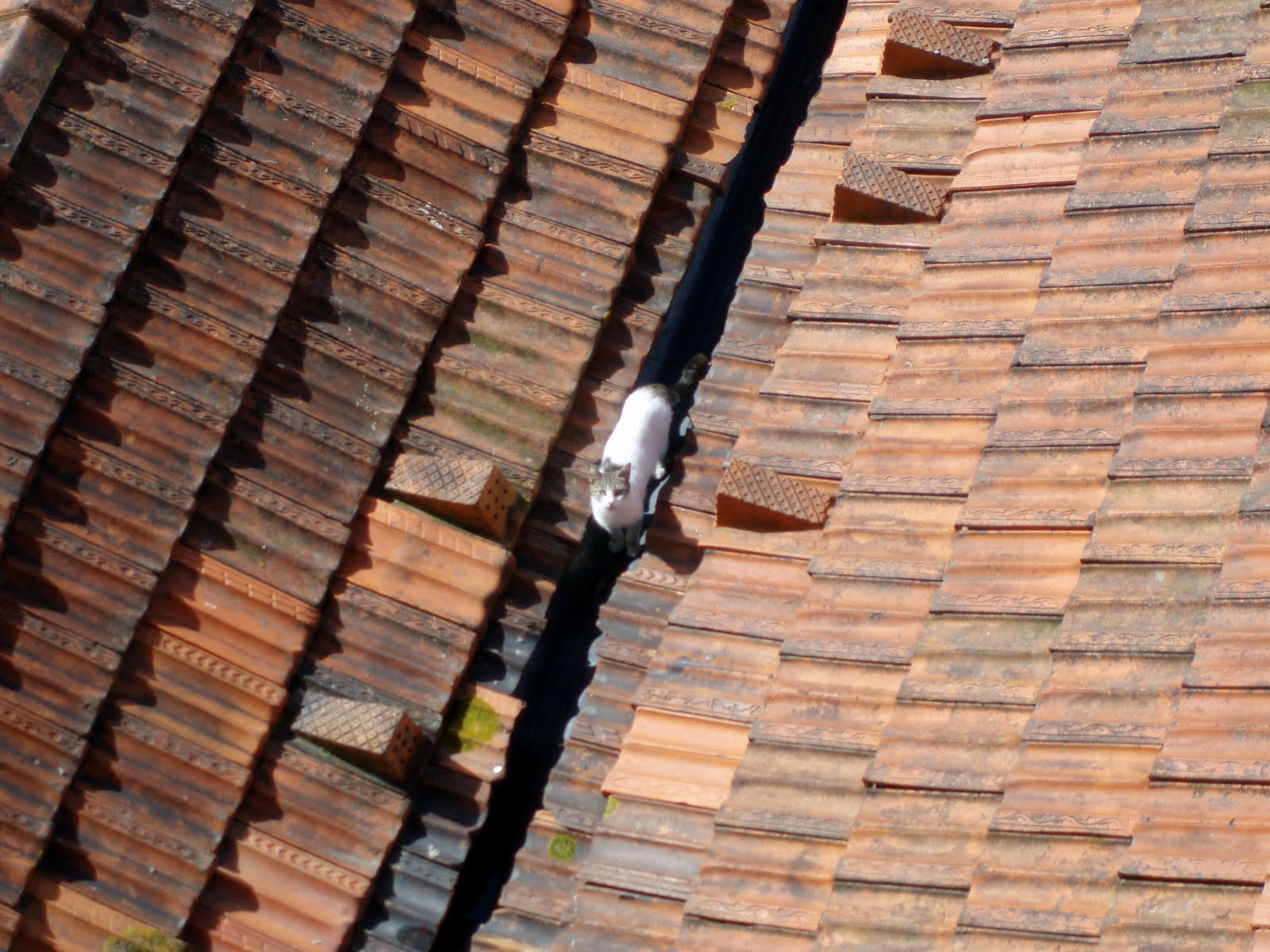 How could one resist taking this picture of a Portuguese cat on a hot tiled roof.

South of this avenue is the Ribeira district, the historic heartbeat and an eclectic and attractive neighbourhood. 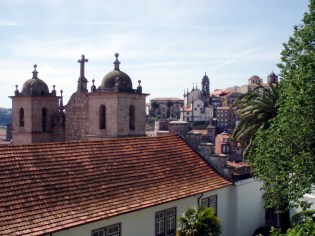 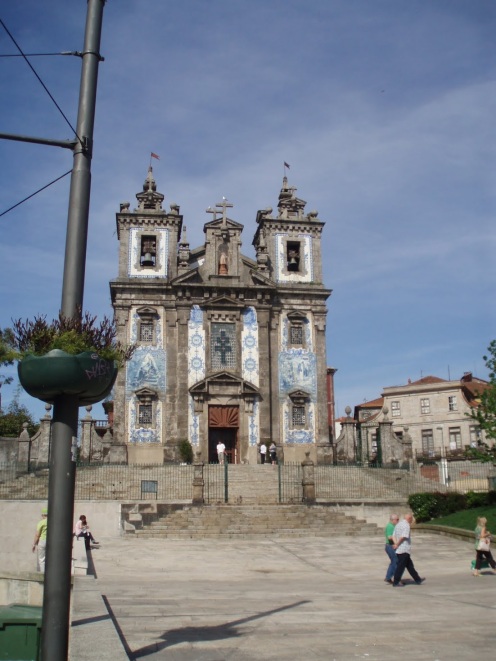 Alongside the riverside promenade I view the traditional boats (barco rabelos) that used to ferry the port wine down the river. From here you can see wine lodges across the river in the town of Vila Nova de Gaia, a busy precinct but accessible, friendly and easy to navigate. It’s not too tricked up and its shabbiness conveys warmth and hospitality.

One of the bridges of the city is pretty special – the double decker Ponte Dom Luis I was completed in 1886 by a student of Gustave Eiffel (yes, that one). The top deck is for pedestrians and one of the city’s metro lines and the bottom deck carries cars and trucks.

Nearby to Avenida dos Aliados is the gorgeous San Bento railway station. It’s so glamorous: there’s huge Portuguese tiled artwork (azulejos) depicting battle scenes and the history of local public transport – no battles were fought over a tram line! 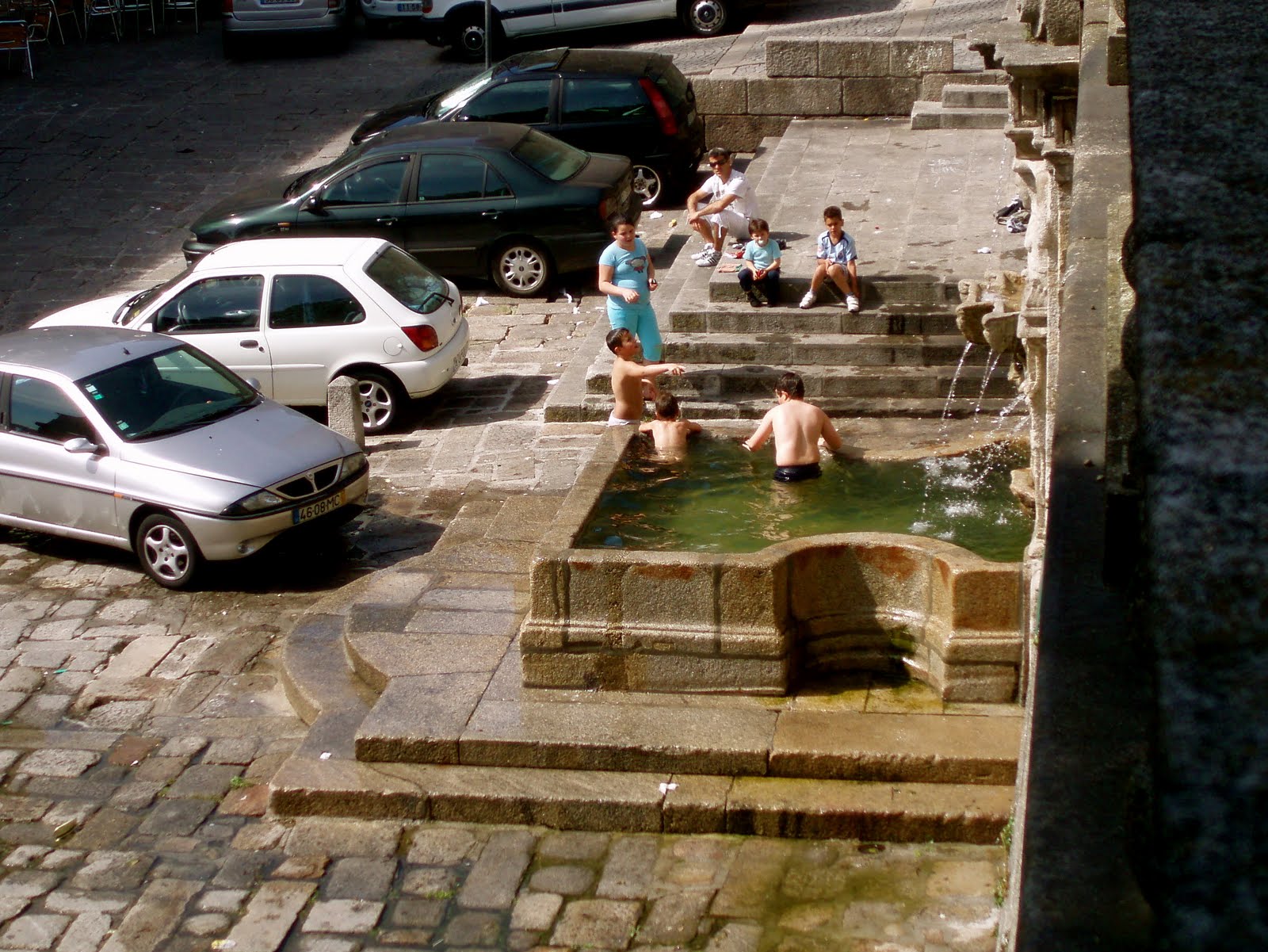 One of my fave pictures ever. It was a scorcher and in the middle of town (Porto), the kids were cooling off the way kids do.

Not far from the avenue is the pedestrian ‘mall’, Rua  Santa Catarina.

This is the main shopping district of the area, with a host of shops for clothes, shoes, souvenirs and homewares and there are many cafes.

The atmosphere in any eating or drinking establishment is vibrant and I was swept up in the joy of eating out really means – serious business.

On a corner in the shopping district is a building that startles with its glorious façade. The Capela das Almas is covered in lustrous blue azulejos. An integral part of Portuguese culture, azulejos typically, are painted, tin-glazed ceramic tiles that decorate the inside and outside of rooms, homes, and public buildings throughout Portugal. Not only decorative, they help control the temperature inside the buildings. The Moors introduced them to Spain and Portugal after learning about the azulejos from the Persians.

THE ART OF THE TART

When Henry the Navigator was preparing to sail to Morocco in 1415, Porto’s loyal citizens donated their best meat to the expedition, keeping the offal for themselves which earned them the nickname – tripeiros.

Fish, fish and more fish also suited me here but as well as an obsession with the local sardines I couldn’t get enough of the pastries. Ah, those buttery, fragrant Portuguese tarts, enough to melt a heart of stone.

And what is a visit to Porto without a tipple of the ‘gold’. You can buy direct from the warehouses in Vila Nova de Gaia but it’s nice to ask for a glass in a restaurant or café and join in the pleasant imbibing of Portugal’s best drop with the locals.

Writer Bev Malzard is lucky enough to live in the inner west suburb of Petersham in Sydney – locally know as ‘Portugal’. She was not sponsored to say this but heartily recommends ‘Sweet Belem’ pastry shop for the best Portuguese tarts (and many other sweet treasures) to be had in Sydney. She can be seen lurking around the shop at regular intervals . . . 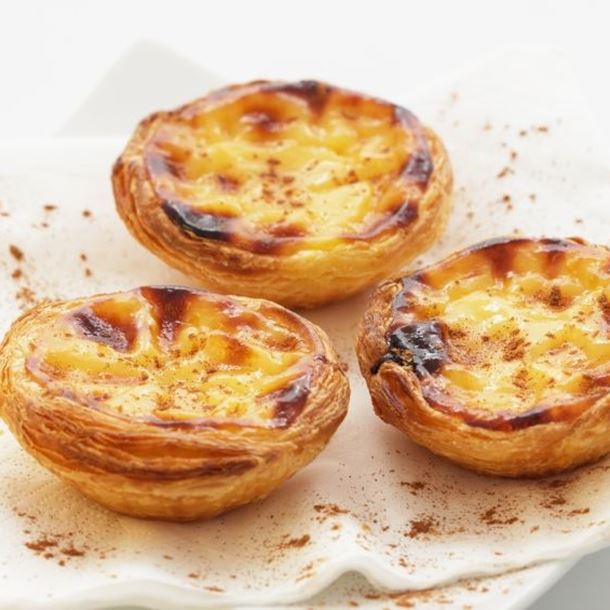