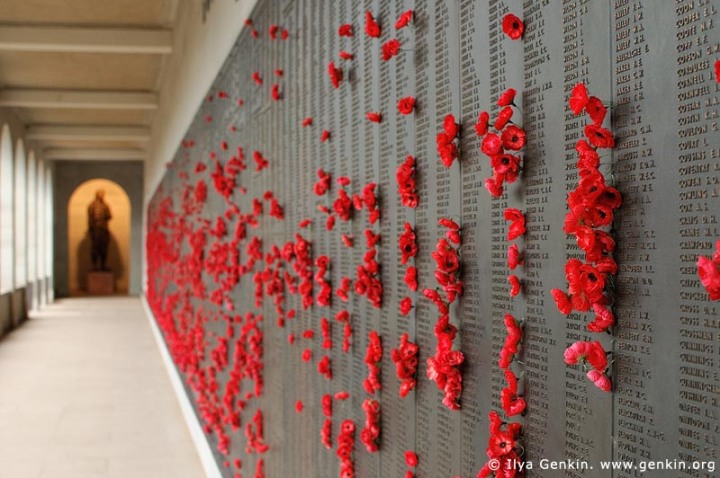 As Anzac day approaches, it will be a little different from last year. With the full force of COVID-19 lockdown, 2020 saw the remembrance day silent in the streets due to lockdown. The sound of the bugle playing the last post rang out through empty streets of country towns and solitary memorials will had fresh wreaths of flowers left quietly at their base. The Sydney Cenotaph was not surrounded by silent crowds for the dawn service. This year, rules have been relaxed and the nation’s city streets will see the rank and file of the various serves marching, braid and medals on show. Families will line the streets to honour the old and the young who have fought in the past or who are recent participants in the many skirmishes that the world still juggles.

I wrote this blog post two years ago and my thoughts are still the same. At the end of last year an aunty sent me a letter that she had found that my father wrote when he was stationed in Darwin during WWII, to his mother, my nanna, Isabelle. This wasn’t a letter of great political or even sentimental import, just a simple note from a young man to his mum, with the underlying message of missing his family. I would like to share it, there is no date just his title, and army numbers and I can’t work out whether it is pre Darwin bombing or after, I suspect ‘pre’:

I have just received your ever welcoming letter but I must say you took your time about it. Every day I looked forward to getting one and I had started to think you had forgotten about me, it was real good to hear from you though.

So George Breen and Jimmy have joined up have they, I wonder when pop is going to, I think I’ll join the A.I.F.again when I get back, this is on the nose up here.

I’m glad to hear that Bert (his brother) is on a boat now and that he passed his exam, he’s worked hard enough for it.

It’s still the same up here, hotter than hell with the lid off, we’ve had a change the last couple of days, it’s been raining like hell.

I received that Christmas card you sent me and it was very nice, thanks mum.

P.S. I’m sorry to hear about Sam getting wounded.

Is there any chance of getting a pair of pyjamas, these have started to rot. Nice long legs if you can get them.

In Australia (for my overseas readers) we honour the soldiers who fought for their country in past wars that they were involved in. On the 25th of April it’s Anzac (Australia and New Zealand Army Corps) Day.

I’ve serendipitously arrived in countries that have similar traditions, Veterans Day in the USA, Ochi (No) Day in Greece plus Greece’s Independence Day and Armed Forces Day in Britain. And there must be many marches/processions around the globe – as there would be a rare country that wasn’t involved in a minor political skirmish or a major. all out war in the past or in the present..

Australian 1st Division troops march through the London streets on the anniversary of the first Anzac Day in 1916. Big Ben and The Houses of Parliament can be seen.

In Sydney in 1916, one year after WWI ended, wounded soldiers from Gallipoli attended the march in convoys of cars, attended by nurses.

I have a complicated emotional history with Anzac Day. When I was a child it was a tradition that we went to the march (always called ‘the march’) in Sydney – my mother, myself and my little sister. We would watch the veterans from the WWI on through to Korea march by or be transported in the back of an open car. We, and the thick crowd would clap and wave our flags. Waving at our father – for we knew not what. He had never spoken about the raid on Darwin which I found out he had been under serving as a young lad who lied about his age to join the army.

At the end of the long march, we would head to Hyde Park to eat sandwiches and drink cordial that my mother had made. Our father would join us before he headed off to the pub to meet up with his army buddies. To me this was a heady thing. Who were these men, what did they talk about. As a kid I had no concept of war and participated in Anzac Day like it was Christmas Day or the Queens Birthday – some sort of celebration.

While my father was in the pub involved with secret men’s business we went up to Kings Cross – notorious for Bohemians and gangsters in the late 50s. My colourful aunty Jean had a flat there and somehow my mother and the aunties disappeared and us cousins just roamed the Kings X streets. We hung around the pubs as every space was taken up with blokes playing two-up. There was a lot of change dropped by careless punters and we cleaned up. The Greek fish’n’chip shop in Darlinghurst Road got most of the booty as we feasted on chips, scallops, and battered savs.

These were idyllic days. And never an inquiring mind when at my grandmother’s as I gazed at the oval picture frames holding images of my great uncles. My nan said that she “lost four of her brothers in the war” – and all I thought that how could you lose four men. Where did they get lost?

But as I grew older and the Vietnam War was front of mind and claiming space in the nightly TV news, I became enraged at the idea of a lottery, a barrel full of names where a young man of 19 years of age would be stamped on a ticket and they would be conscripted into the army to go fight a war in Indochina where nobody of their tender age even knew where it was. So I turned my back on Anzac Day and protested in the streets against the war. This wasn’t about the soldiers, who, when they returned to Australia were unfairly spurned and were given a hard time, it was about our engagement in this terrible war. When Gough Whitlam was elected to Prime Minister he declared that the war was over for Australian soldiers in Vietnam and they were to be brought home.

Sadly it was a few decades until the returned Vietnam vets were recognised and honoured for their service. And through those decades, many were fighting for compensation and assistance with the cancers they came back with from Agent Orange – a deadly poison dropped across the south Vietnamese paddy fields to starve the enemy. And many of those young men who came home died from cancer and now men into their late 60s are still suffering from PTSD.) What a dirty little war it was.

I softened towards Anzac day about 20 years ago when I was in Winton, a little town in the middle of Queensland – out the back of beyond. I had a few days there and one of those days was Anzac Day. I wanted to see how it played out in the country town.

I woke before dawn and walked to where the town’s War Memorial stood. There were probably about 30 people there. Two kids from the local Scout troop stood sentinel at the memorial, and a couple of soldiers who had driven down from Townsville (600km) were here. A couple of old guys in wheelchairs were attending wearing their best suits and rows of medals pinned to the left side. A ratty old tape recorder played a creaky version of the Last Post and as the final sound faded out a huge flock of budgerigars took to the sky as dawn was breaking. I felt my heart stop and a great sadness come over me. What were those old guys remembering?

Along the way I asked my father about the bombing of Darwin and he always kept it light but said “the bastards kept on coming”. Dad was on the Ack Ack guns, he found Darwin very hot and his mates a good bunch . . . that’s all I got.

It’s funny that in the mid 60s when my parents separated that my dad went back to Darwin to meet up with his foster-brother (our Uncle Alf) and except for rare visits to Sydney he lived in Darwin until he died in 1995.

So for this coming Anzac Day let’s make it a day of remembrance for the fallen and for those who served and suffered. And importantly, remember the current/contemporary victims of war and how they flee their ragged and war-corrupted lands for a better and safer life – remember the grand deeds of our past – but there are less than grand and kind deeds occurring now.  Lest We Forget.

Writer Bev Malzard does not attend ANZAC marches in Sydney now and cannot watch it on TV as she tends to tear up. Does this happen because of age, sentimentality, empathy or a greater understanding of the world? Who knows, but as she slips back into hippiedom, she’s back on the streets crying out “make love, not war”.

5 thoughts on “Anzac Day – Lest We Forget” 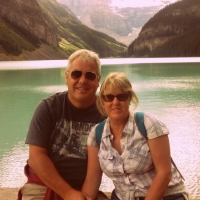