Travel: looking for the best doors to capture 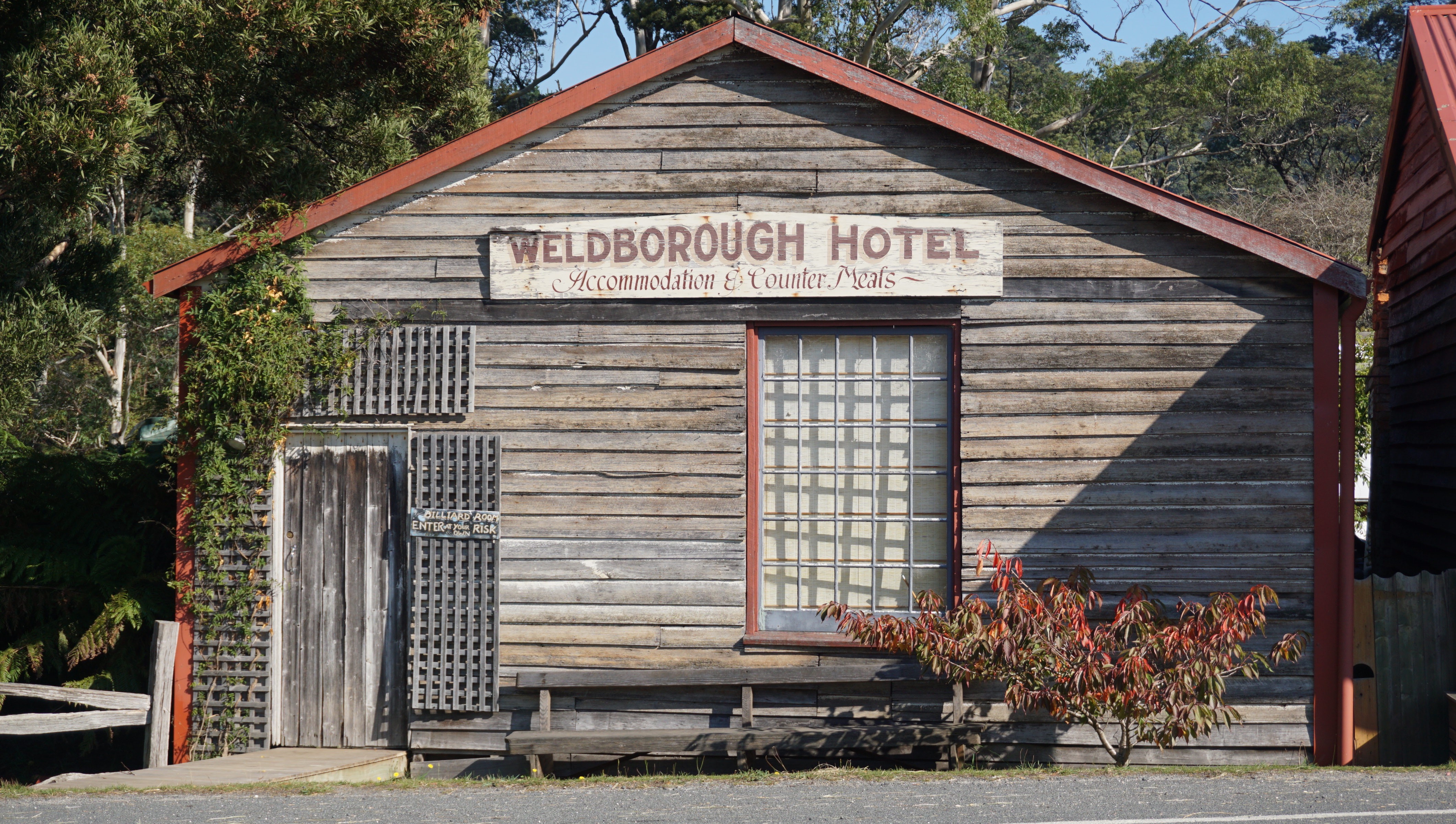 A simple wooden door made from fence palings – whatever does the job. On the road to Freycinet, Tasmania.

What is it about doors? I can’t stop photographing them. Below are just a few of the recents I’ve slammed but I’ve been shooting them for years.

A great essay on  the origins of the architecture and the door culture of Dublin can be found here: https://www.irishcultureandcustoms.com/ALandmks/DoorsofDublin.html 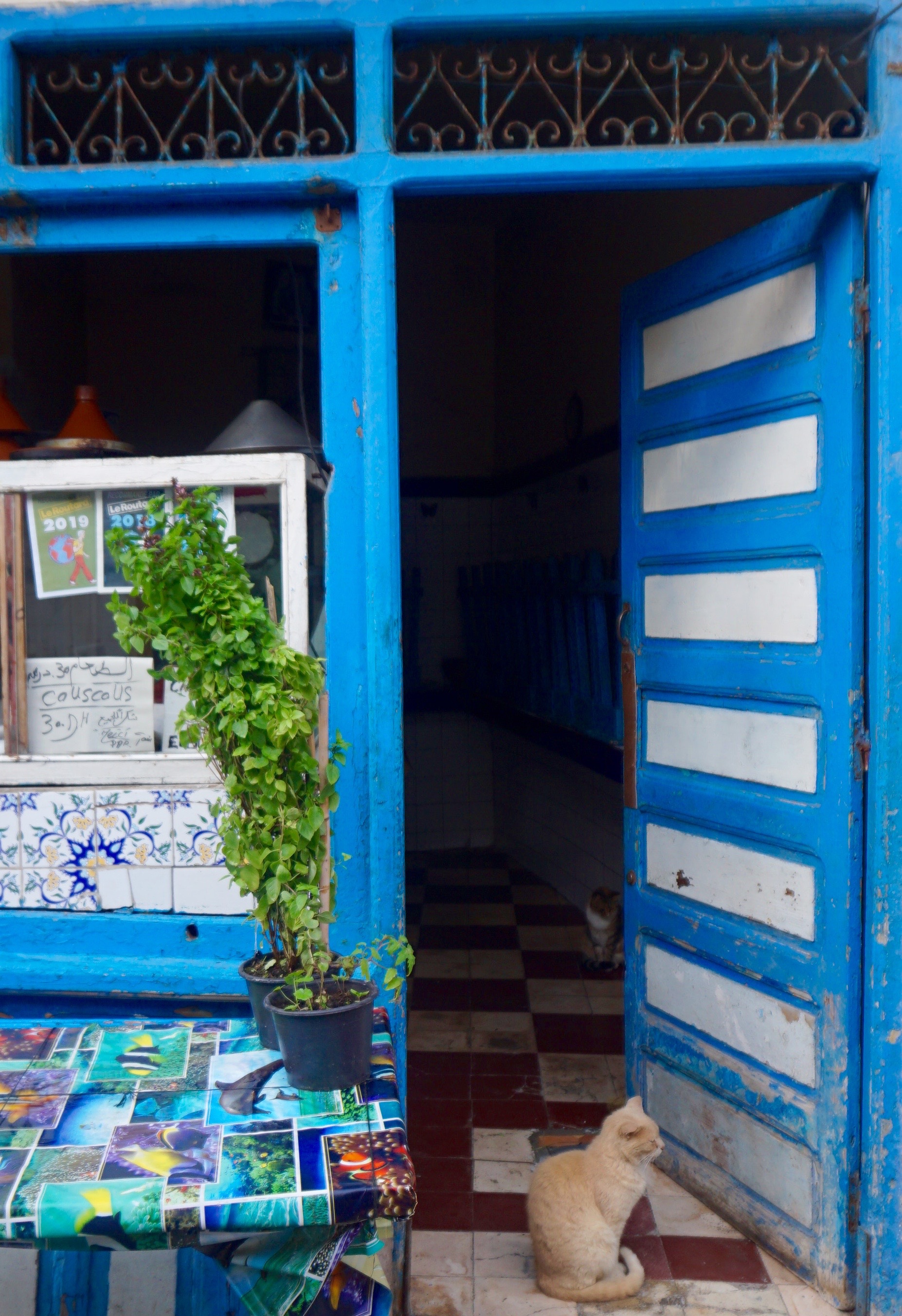 Adding colour to the neighbourhood and a safe place for a cat to sit so it can skeedaddle inside at the sound of danger. In Essouira, Morocco.

We have doors for privacy, decoration, boastfulness, to keep the elements at bay and to protect ourselves. I have walked past doors and wondered what’s going on behind this one: drama, joyfulness, creativity, poverty, sadness and some doors hide wickedness, mayhem and cruelty. There are great and grand doors that have watched kings and queens pass through to their death or to exile; doorways that elephants have rumbled through carrying spices, jewels and goods that countries and indeed populations had never seen before; doors that have opened to the brightest brains in the halls of universities; doors that have been slammed in the faces of the idealists and the revolutionaries and doors that have had some of the finest music ever written sounding behind them. It’s best I mind my own business and take them at face value and remain curious. 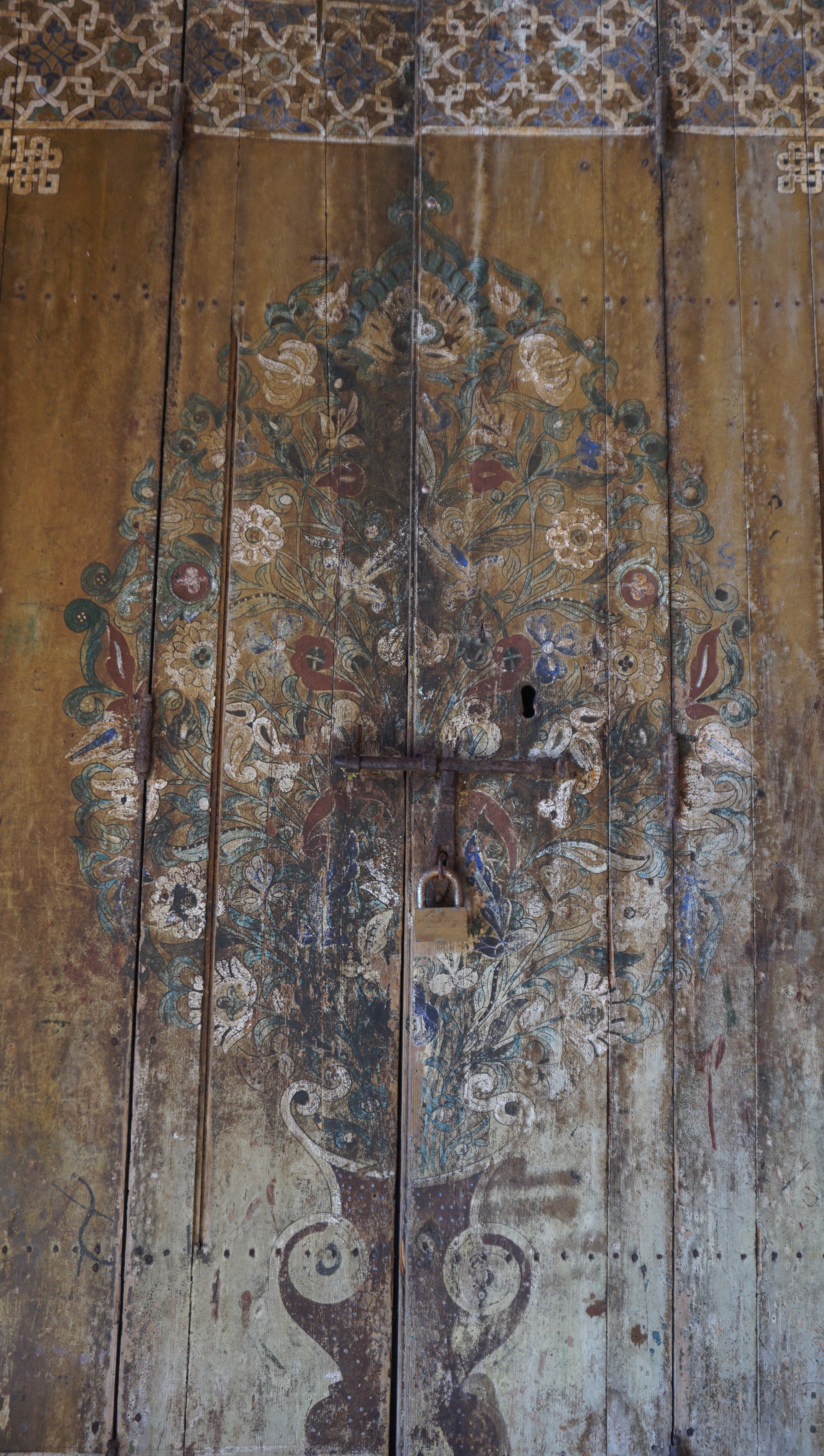 So old, so lovely. Faded glory in Tangier, Morocco. 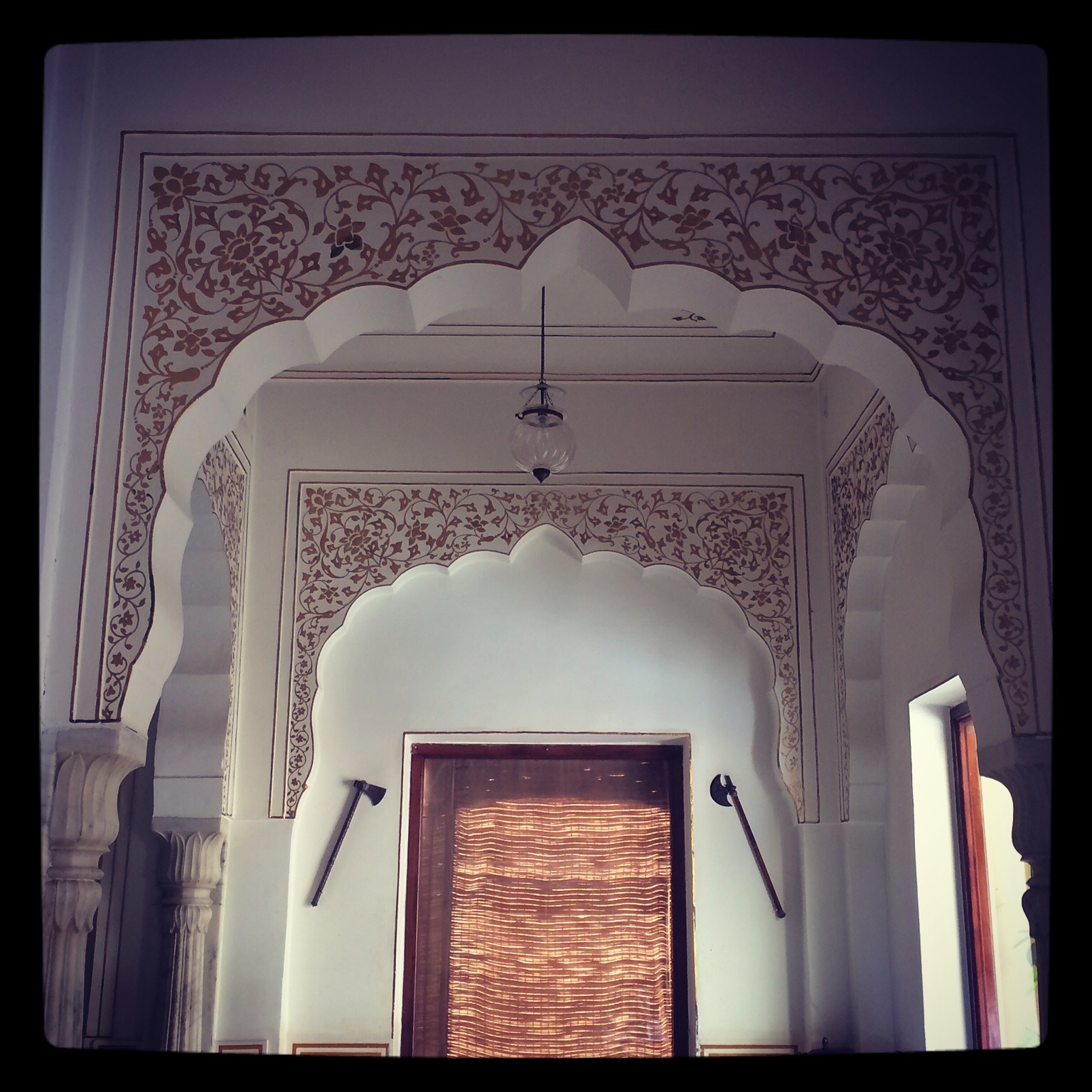 Going grand with this beauty in Rajasthan. After a few drinks it’s fun to play the axe throwing game. 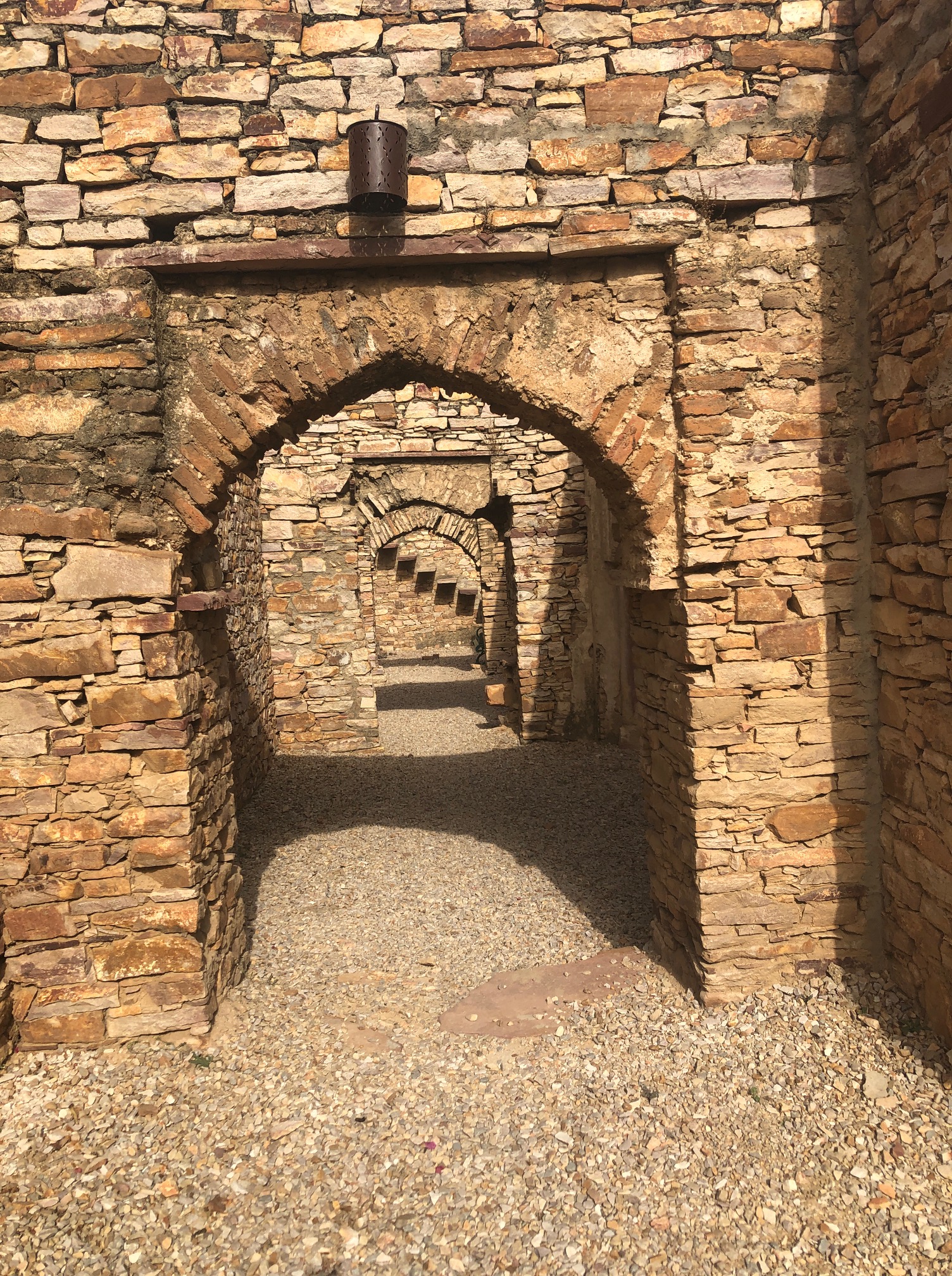 You can’t go past Morocco for the best doors, especially the one’s painted to match my hair. Most of these are the doors and doorways to riads. Often rather modest doors and when they are opened you step into another world, a world of a royal palace or grand mansions with orange trees and fountains and amazing tiles . . . stepping into beauty and calm. 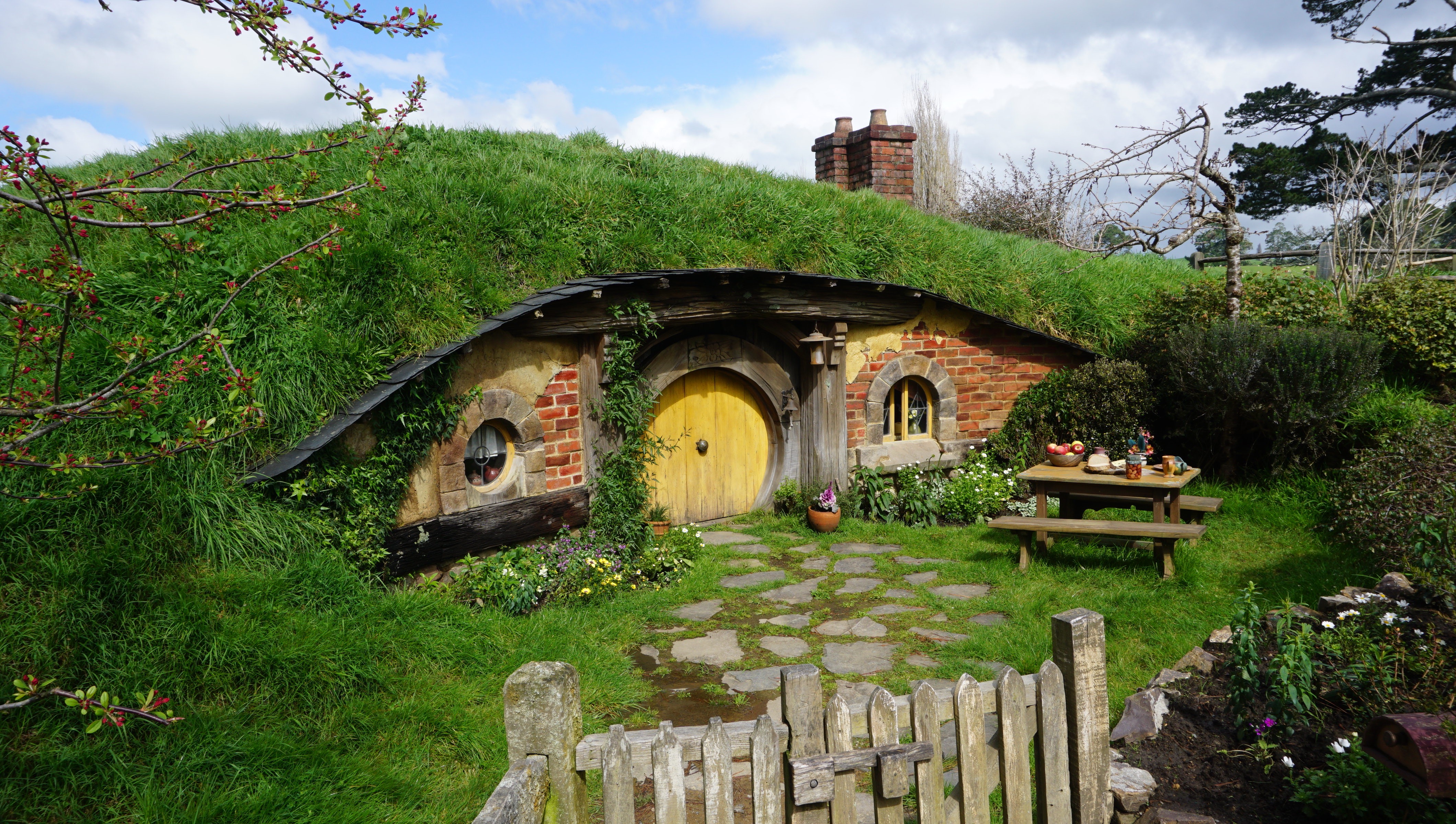 And all hail the circular door, small, compact and fits snuggled into round doorways. This is a home of a Hobbit outside the town of Matamata in the north island of New Zealand. There’s a large population of the small folk here and a few humans have been sighted too. 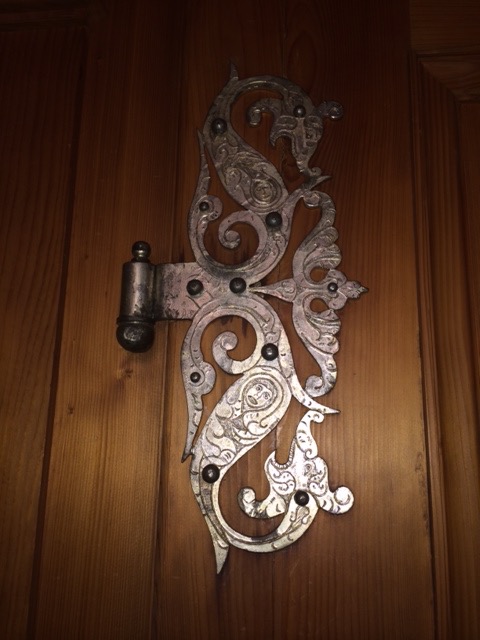 This bold and beautiful door hinge is on a door in one of the old buildings in St Gallen, a city south of Lake Constance in northeastern Switzerland. It couldn’t be pried off even with a Swiss Army Knife. 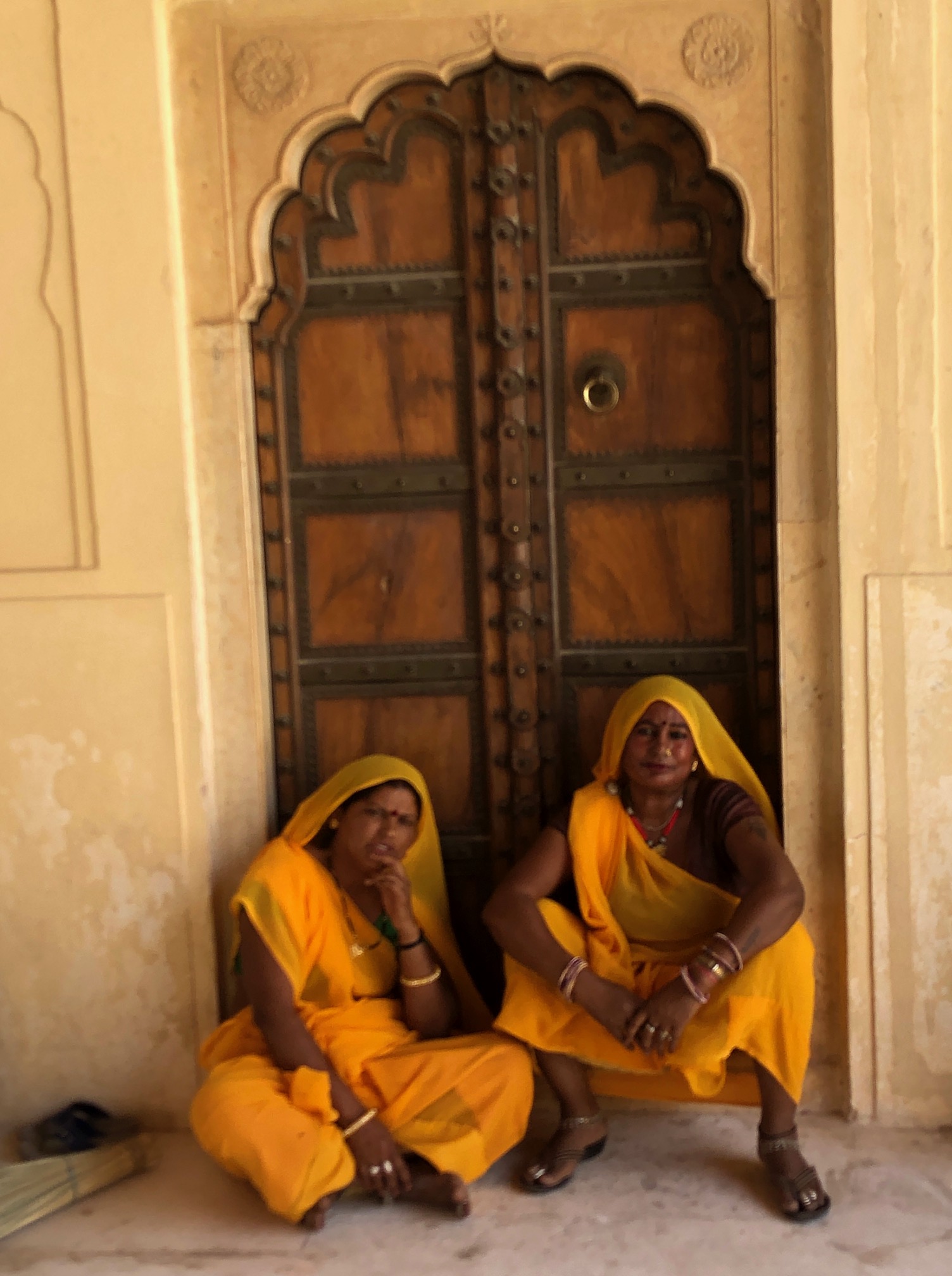 These two gals drove a pretty fierce bargain as to the price of getting this shot. Even when agreed on a price we had to renegotiate as there was two of them . . .at the Red Fort, Jaipur, India. 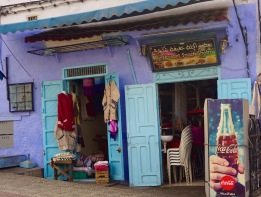 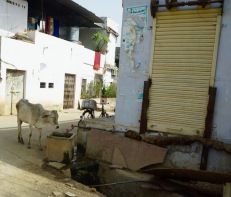 On the left, the doors do two jobs, they shut for privacy and they hang goods for sale. On the right, the 20th century brought roller doors to the world. 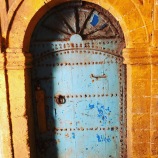 I always thought that red doors were the ants pants of a style statement but the blues got me in Morocco. The diversity and gradations of the colour is seductive and ever pleasing. 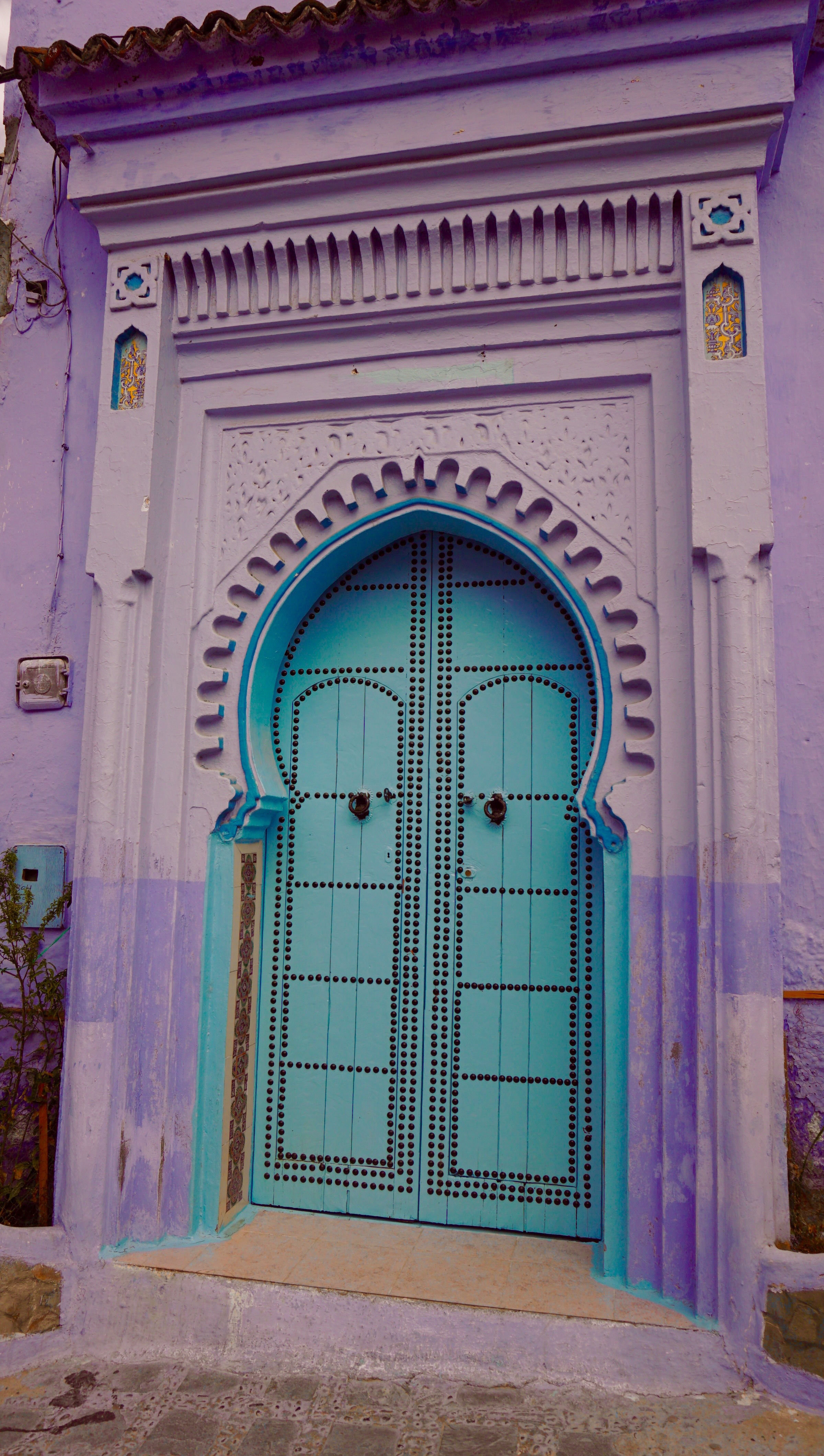 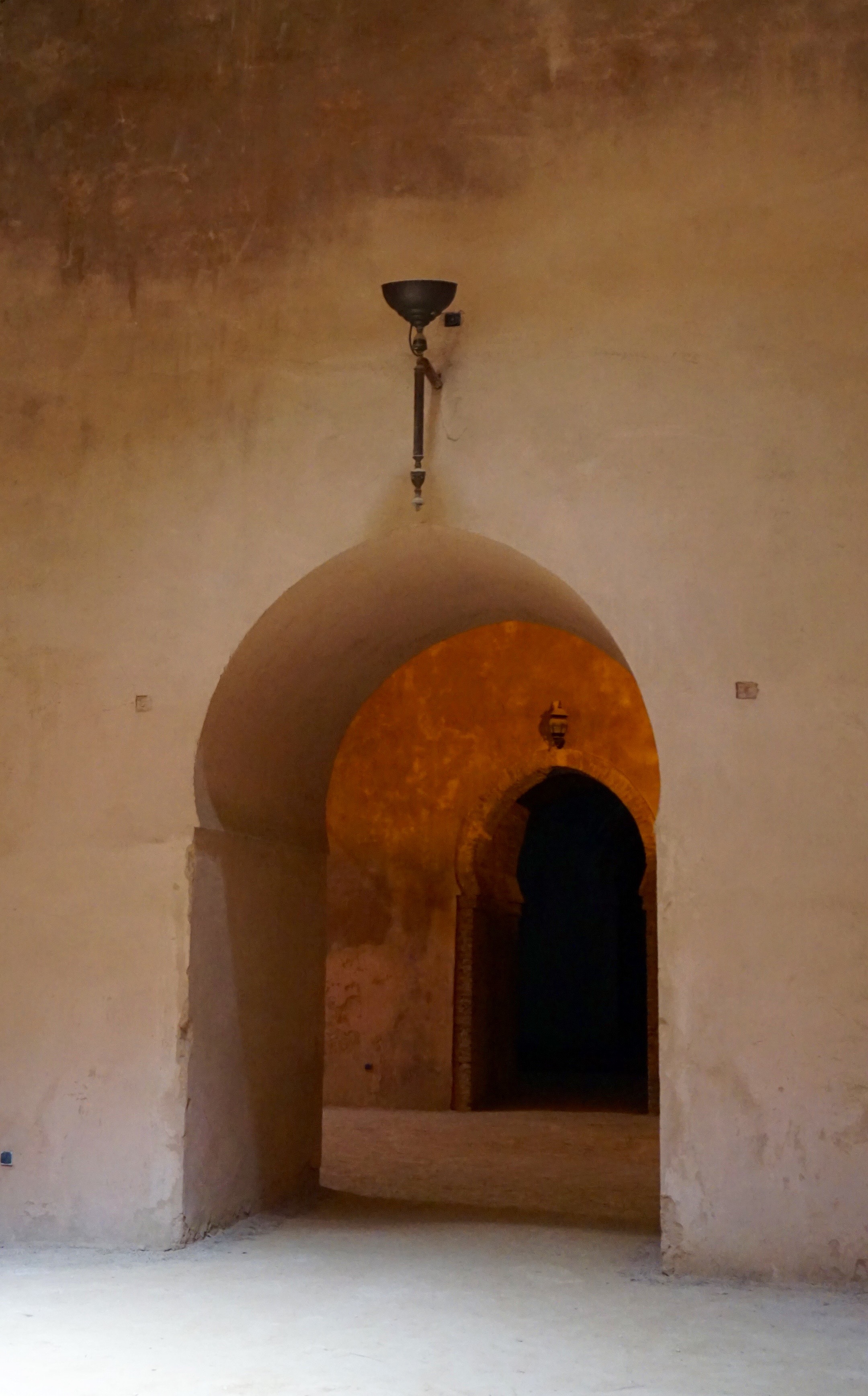 This mighty archway with its thick walls is an old stables house for a palace outside Fes, Morocco. 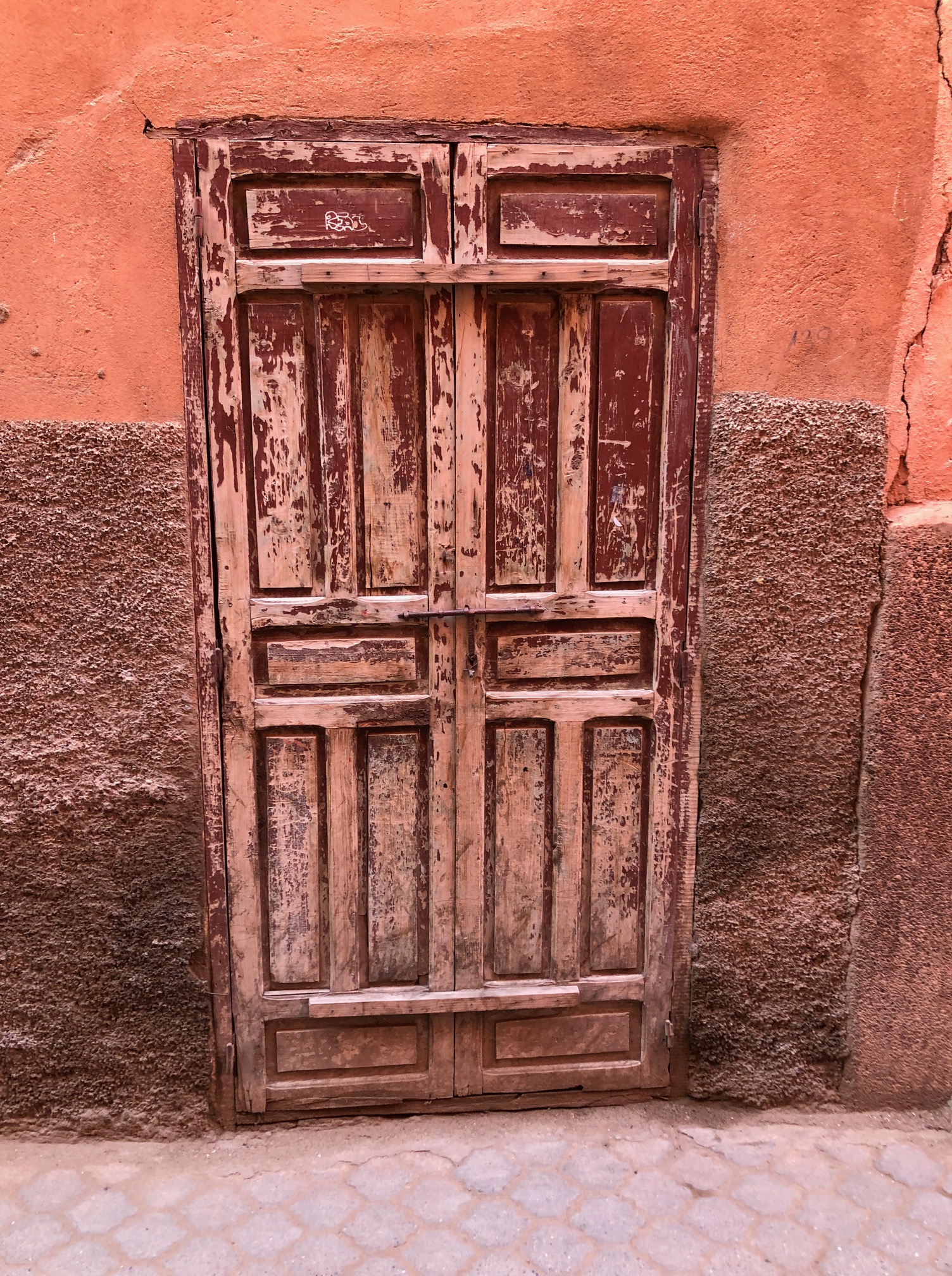 Now we are in the Red City of Marrakech. This weird little stitched up door looks rather irritated or almost like a fake door . . . 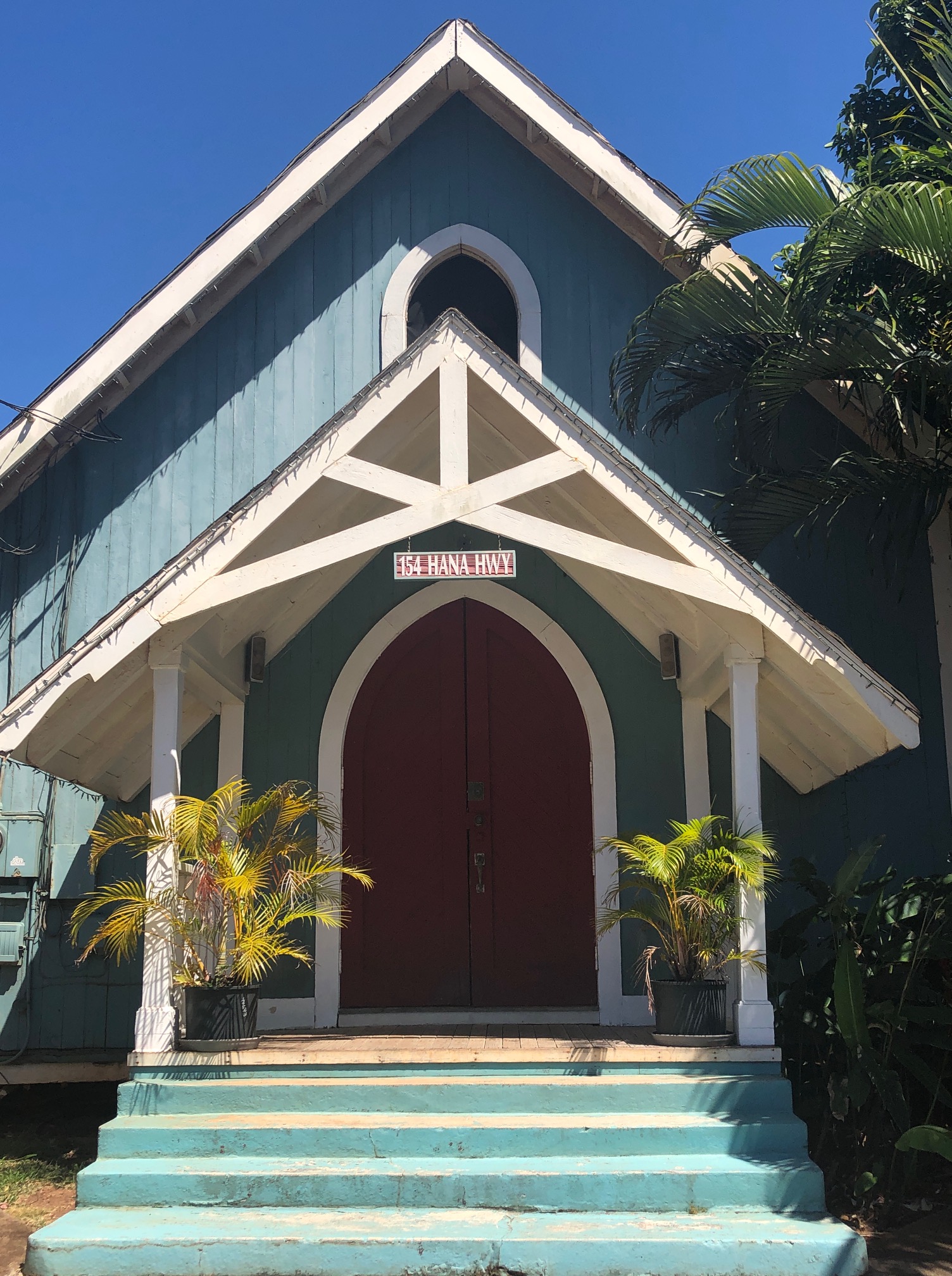 This cutie is in a small village on Maui, Hawaii called Paia (Pay-ee-ah) which is a bit like Nimbin but less functional (no atm or chemist). But plenty of surf shops and ice cream parlours. Dates back to about 1927. 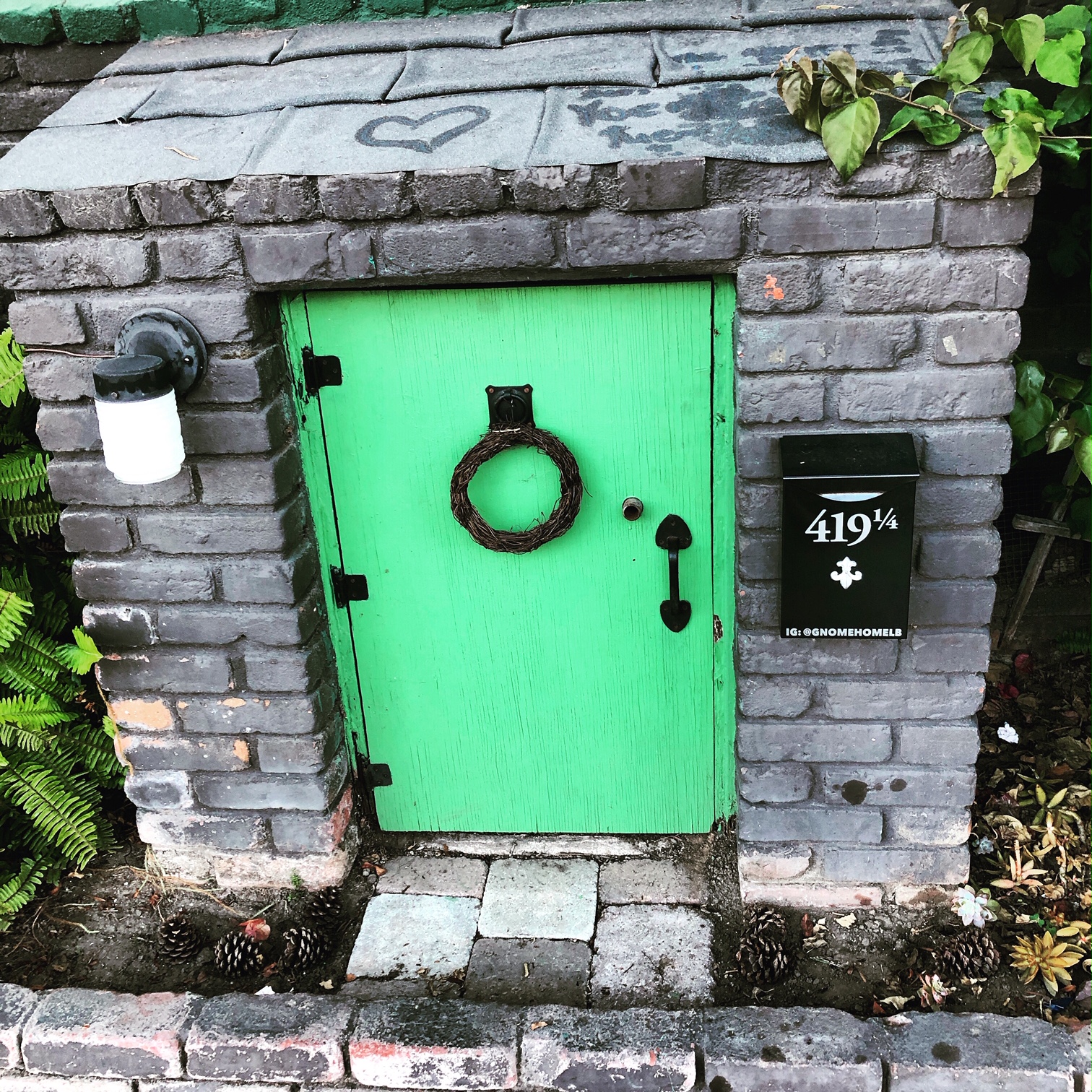 A bit of fun for very short people in Long Beach, California. 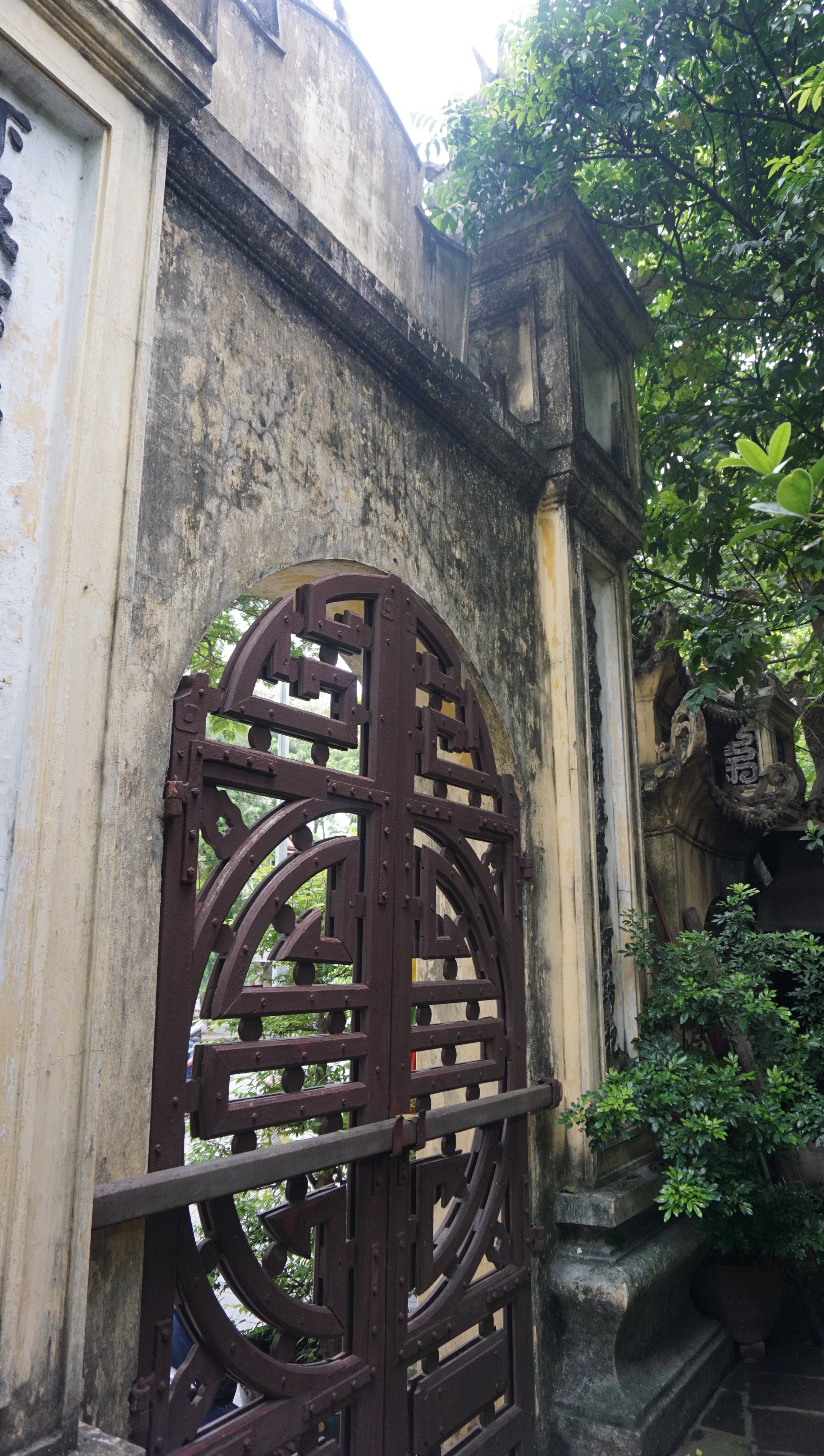 And an almost ‘moonish’ gate in Hanoi, Vietnam. Door to a busy buddhist temple. Closed until the keepers have their cigarettes and coffee. Enlightenment is patient. 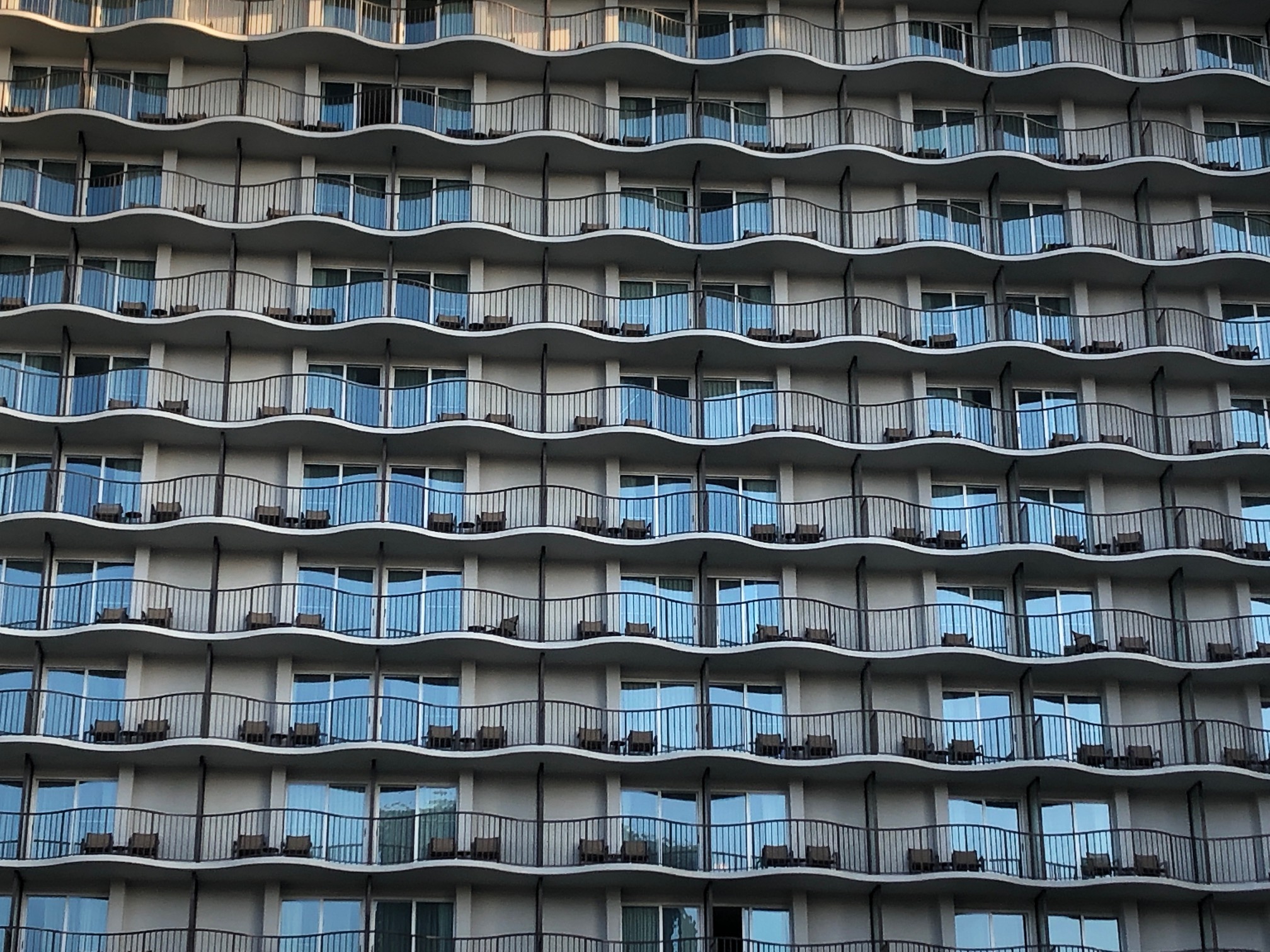 Doors, door, doors and more doors at the Marriott in Anaheim, California. Same, same. same. Doing the same job as all the others. 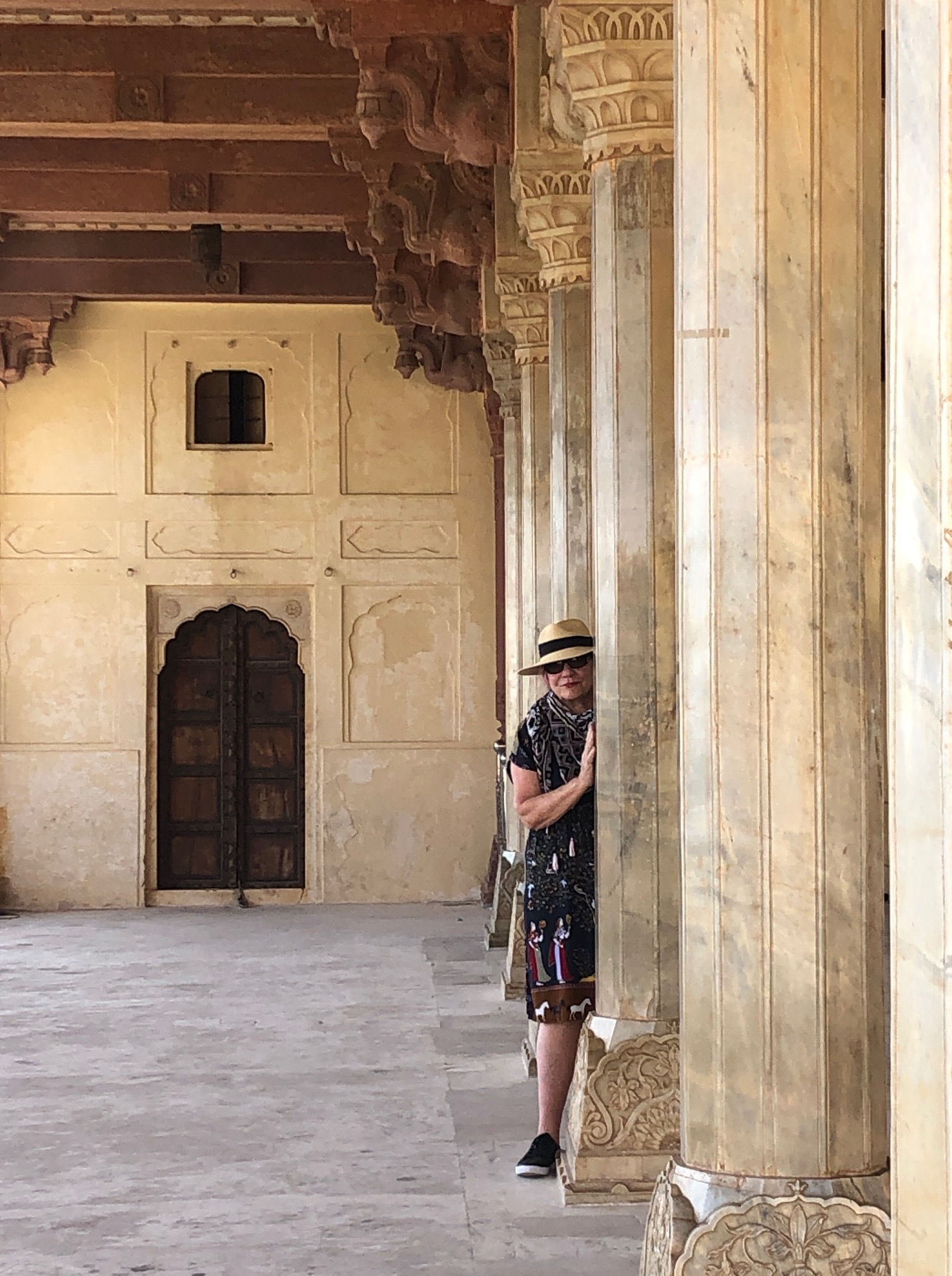 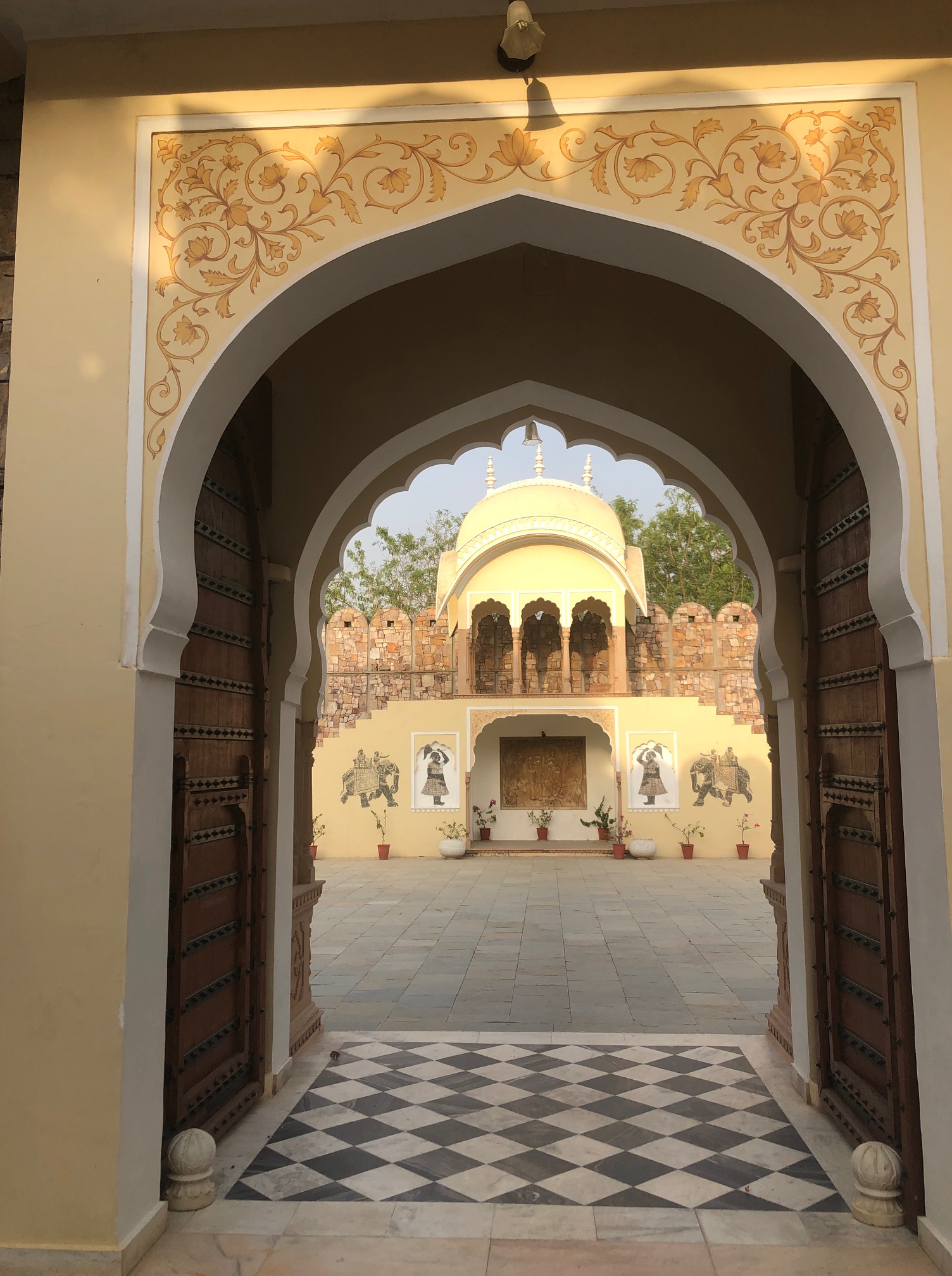 Out in the countryside in Rajasthan, where doors are thick and strong to keep out the wild tigers . . .true. 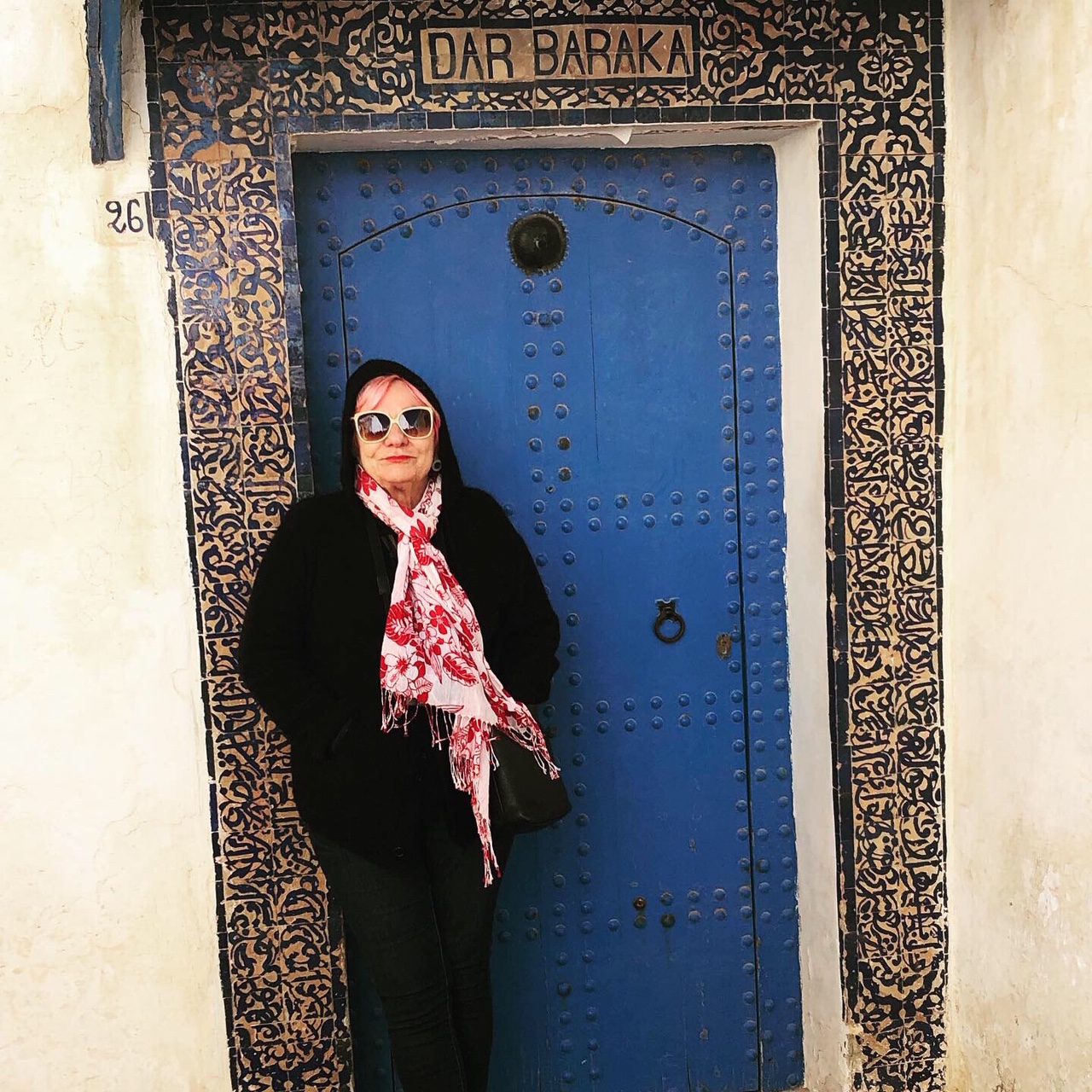 4 responses to “Travel: looking for the best doors to capture”