Travel: How to explore Tangier

Tangier, top of the continent and a name that conjures myth, legends and exotic stories of decadence is a city of intrigue. Go see for yourself. 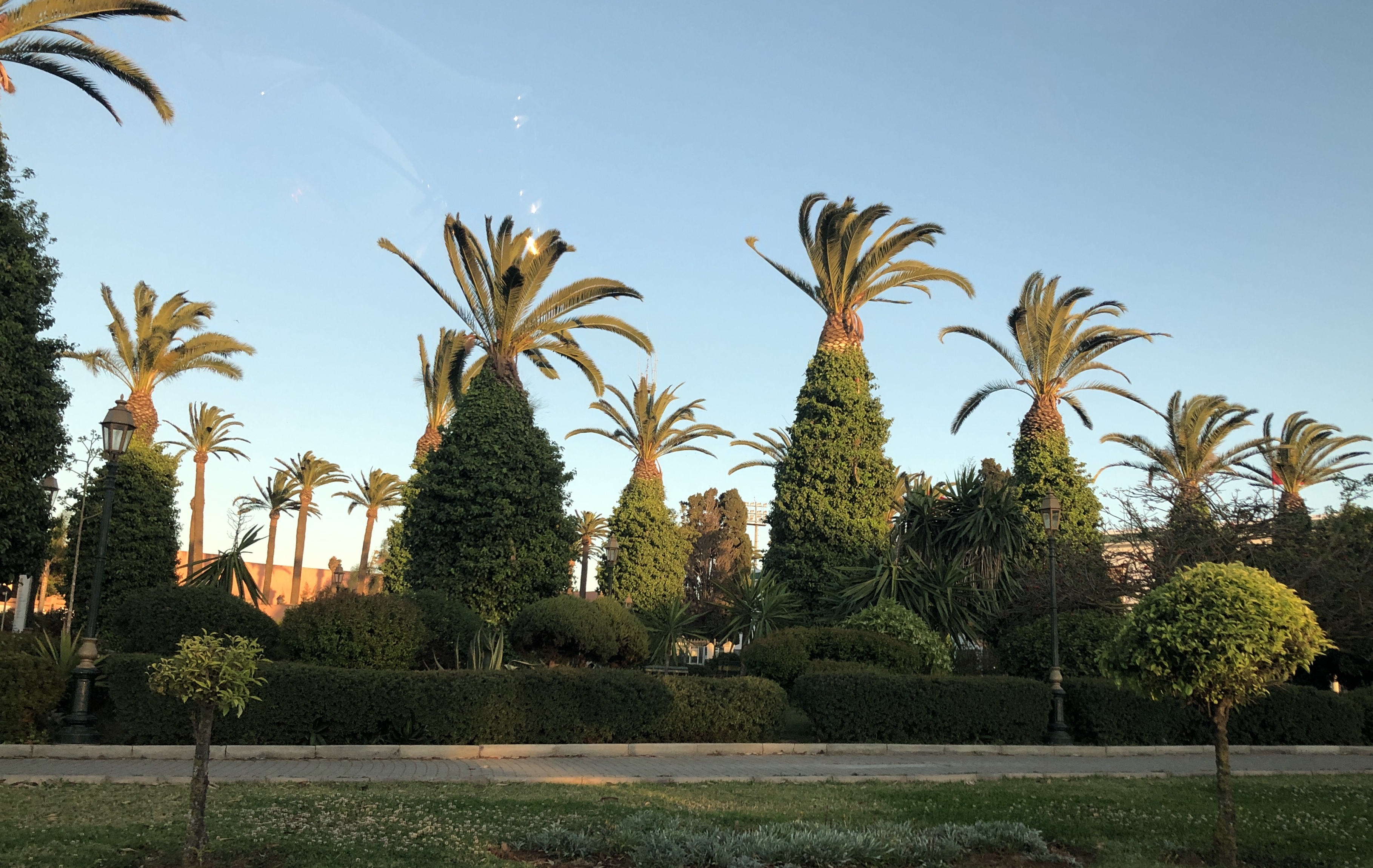 There’s the labyrinthine medina, an expat dream town, cafes and souks, tempting tagines – there is so much to uncover in Morocco’s top town. It’s a city on the edge, always has been, in every way. It squats at the northernmost tip of Africa just 14km across the narrow Strait of Gibraltar connecting the Atlantic Ocean to the Mediterranean Sea, which separates Gibraltar and Peninsula Spain in Europe from Morocco and Ceuta in Africa.

Looking to the Straits of Gibraltar.

This city is more than a destination, it is a heady escape that has attracted spies, outlaws, outcasts, and writers for centuries.

All imaginable pleasures were to be had here, back in the 1950s characters such as Errol Flynn, Woolworth heiress Barbara Hutton and Ava Gardner did their best to establish Tangier as the last word in louche and hedonism, while writers William Burroughs, Jane and Paul Bowles sought out the dark side of depravity and drug addled derangement. This was Tangier offering a haven to those who pushed the artistic boundaries of creativity.

In the 20th century writers drawn to Tangier wrote some of the most influential and incendiary works of our time. The Naked Lunch, The Sheltering Sky were two of those novels that influenced the beat generation and future hipsters.

Tangier has been a strategic gateway between Europe and Africa since Phoenician times. There are some startlingly lovely buildings in the city with its whitewashed hillside medina: Moorish mansions, French villas and palaces converted to museums.

This is an enigmatic city that begs to be explored, so take your time and take a glimpse into modern Tangier. 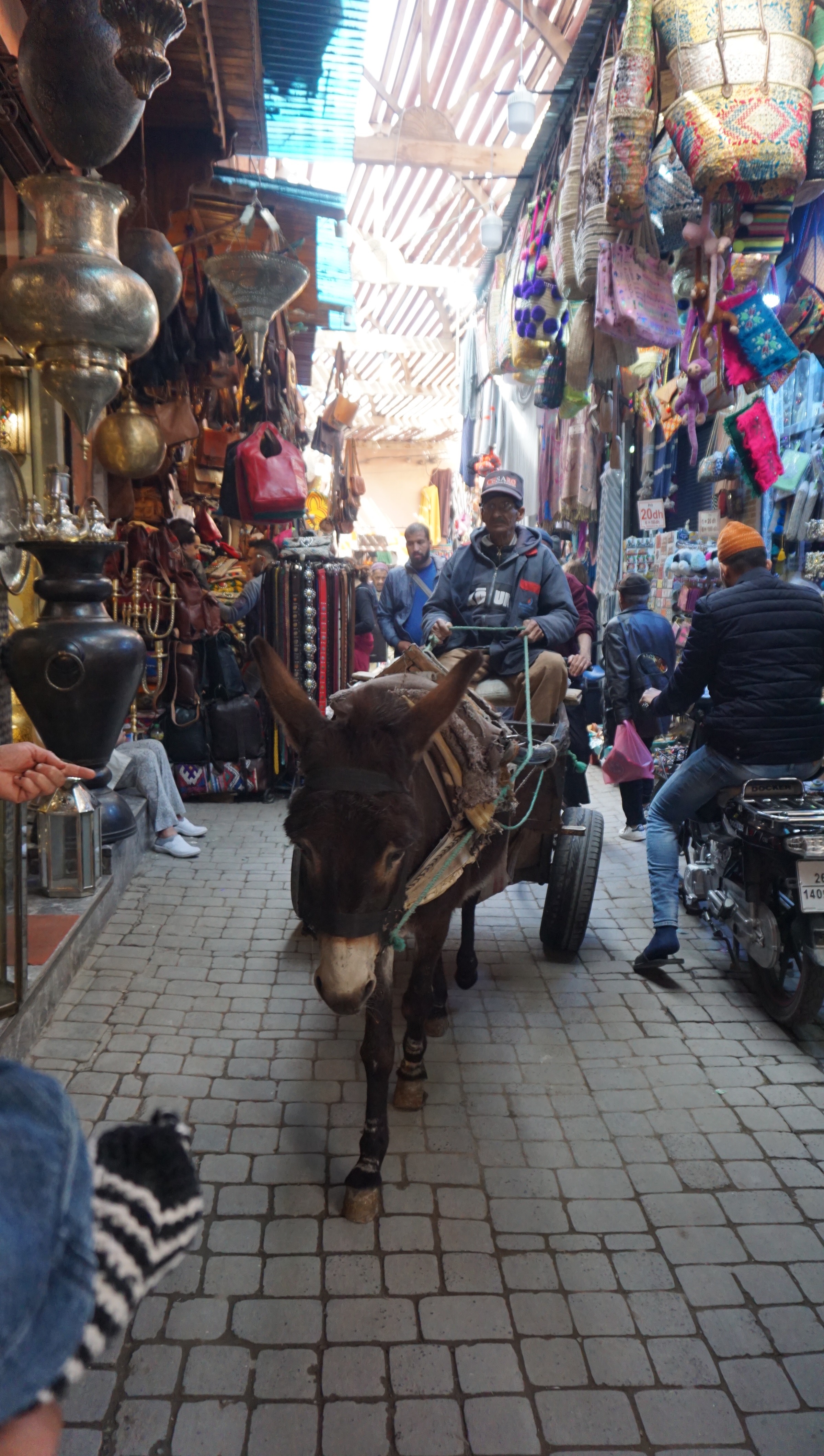 His room is still in the Hotel Villa de France, room 35, and a few notes change hands to obtain a night’s stay here. It’s not glamorous or elaborate, just a sensible double bedroom with ensuite. But – it has the fenetre which is the window to Tangier!

The most famous painting from that hotel room period though is “Landscape Viewed From a Window”. There’s a copy of the painting in room 35.

The graveyard yields history wherein the journalist, socialite and traveller Walter Harris is buried here, along with Squadron Leader Thomas Kirby Green, one of the prisoners of war shot during the ‘Great Escape’. There is also a sobering section of war graves of entire downed aircrews, their headstones attached shoulder to shoulder.

Across from the church enter the corner of the medina where the bazaar area of the grand souk (markets) stretch through colourful alleyways. 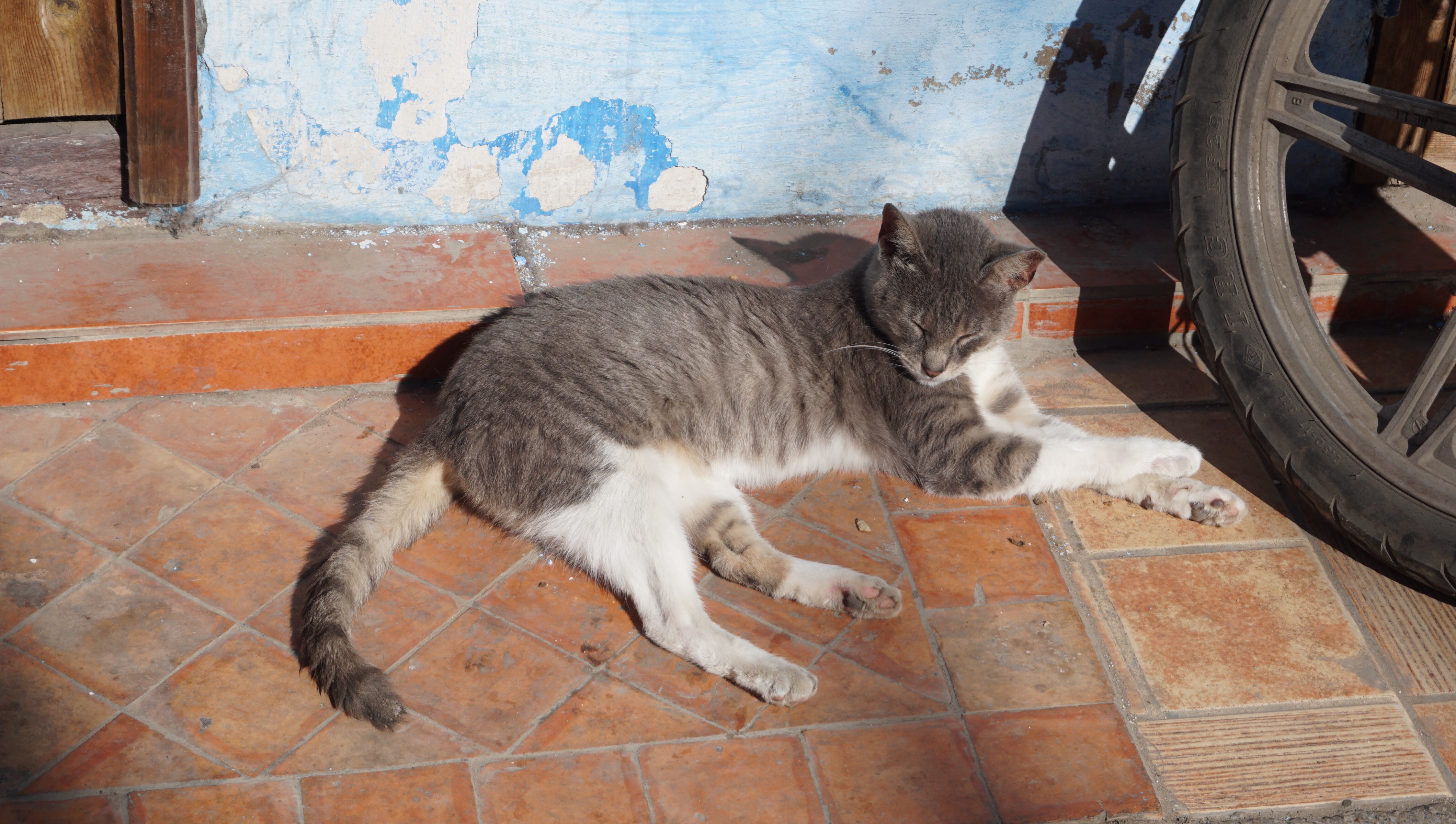 From baskets, to ropes, to carved sticks (to hit what?), hand made cheeses, fruit juices (try the pomegranate), stalls groaning with mountains of olives of all persuasions and flavours, hats, sweets, dates, breads (the staple food of Moroccans), butchers with nose to tail pieces on display (and so clean and fly-free), camel meat with the obligatory head (real one) hanging to advertise the fact that this is real camel meat, shoes, buckets and nuts of all sorts, fat and fresh. 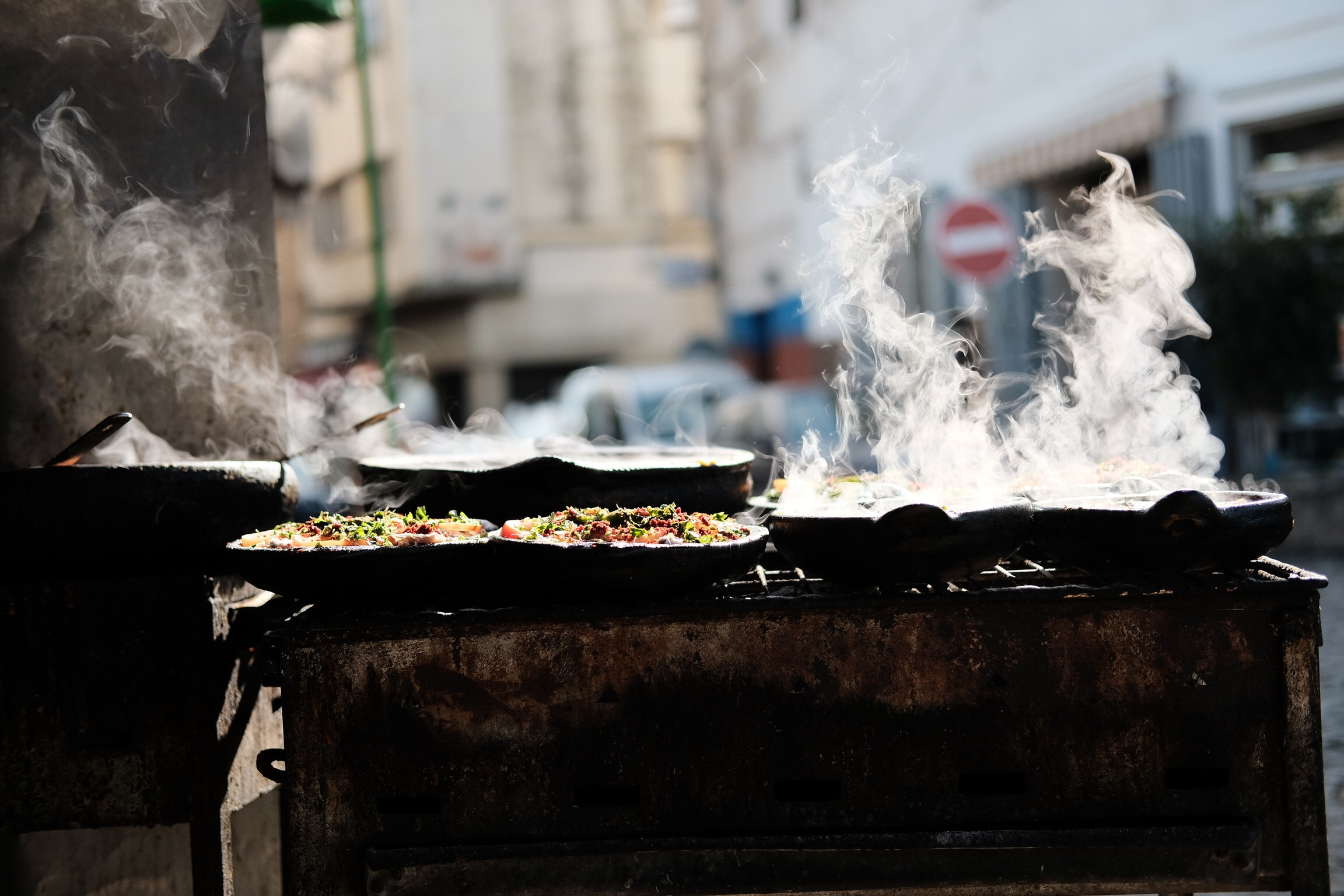 Walking though the crowded curved alleys of food and noise and people jostling, Berber tribal woman wearing wide-brimmed conical hats with pompoms, and children darting through the melee carrying stacks of flat bread is a dizzying sensation – but every step is rewarded with a bold sensation. Just step aside for the donkey carts.

Food is a dream here. Fresh vegetables, subtle spices, fruit and centuries-old cuisine that has been refined by many invaders, protectorates, governing bodies, religions – there’s something for everyone. 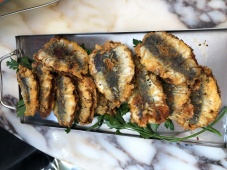 If you fancy a glass of wine with your dinner you will have to hunt out a shop, but most good hotels and restaurants have a wine list, and wine is produced in Morocco so give it a try.

Due to legal restrictions of Morocco being a Muslim country, remember that drinking in public is prohibited. 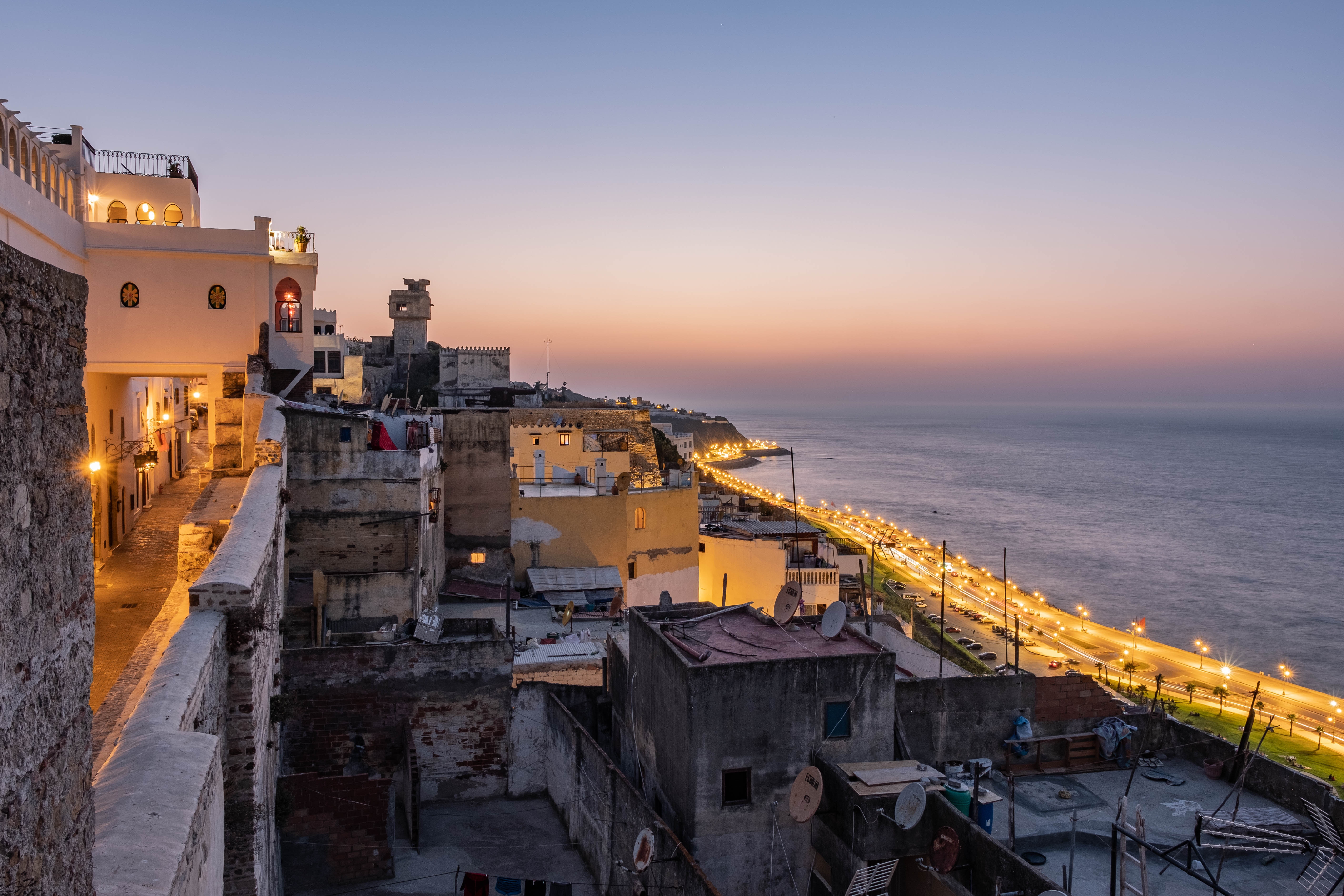 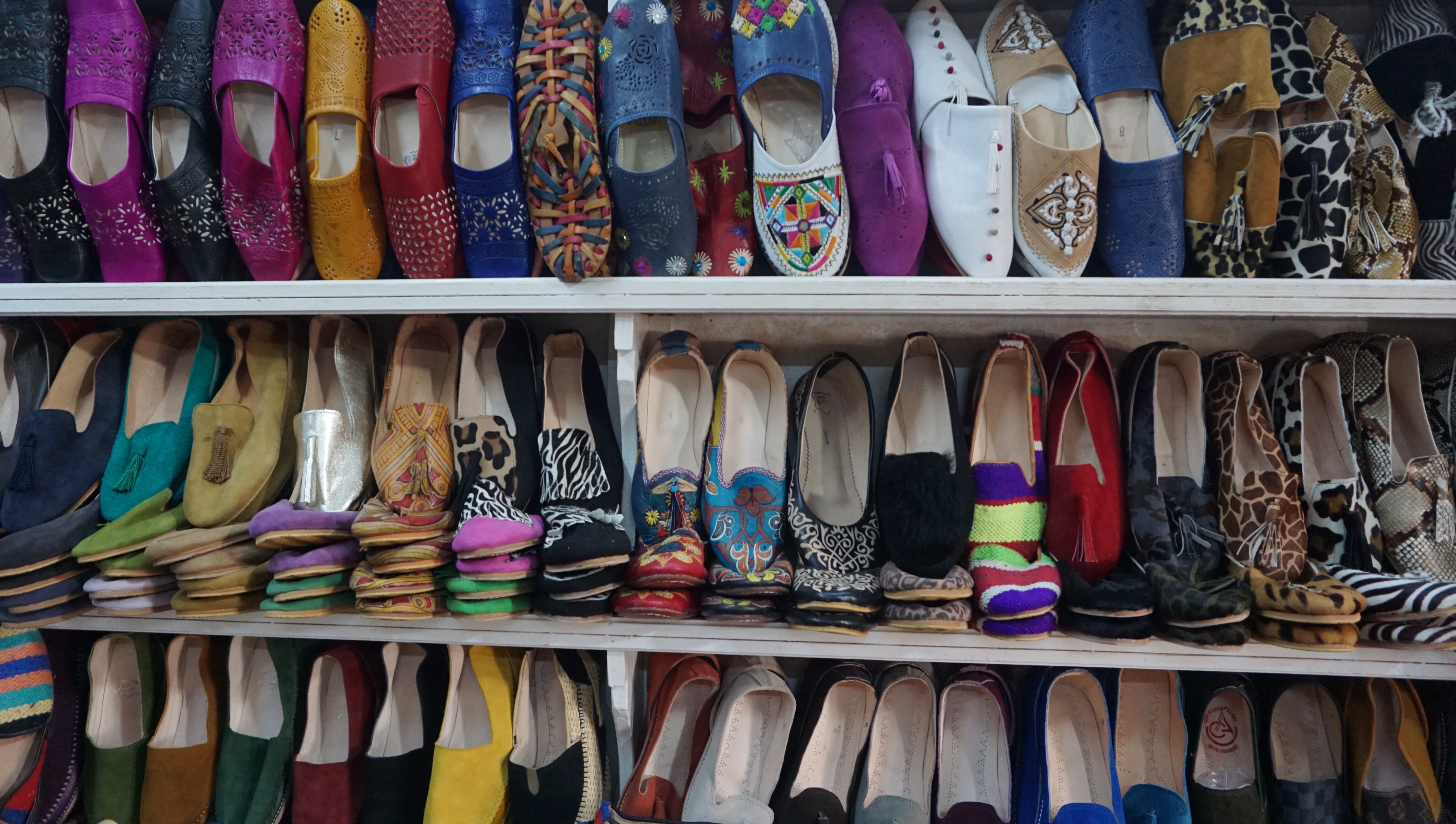 7. And shopping. Leather slippers called babouche (French for slippers), argan oil, lanterns, wonderful leather goods, beautifully decorated pottery and carpets and mats are in abundance and on display art every corner. Shopping here is a sport and the prizes are great indeed. 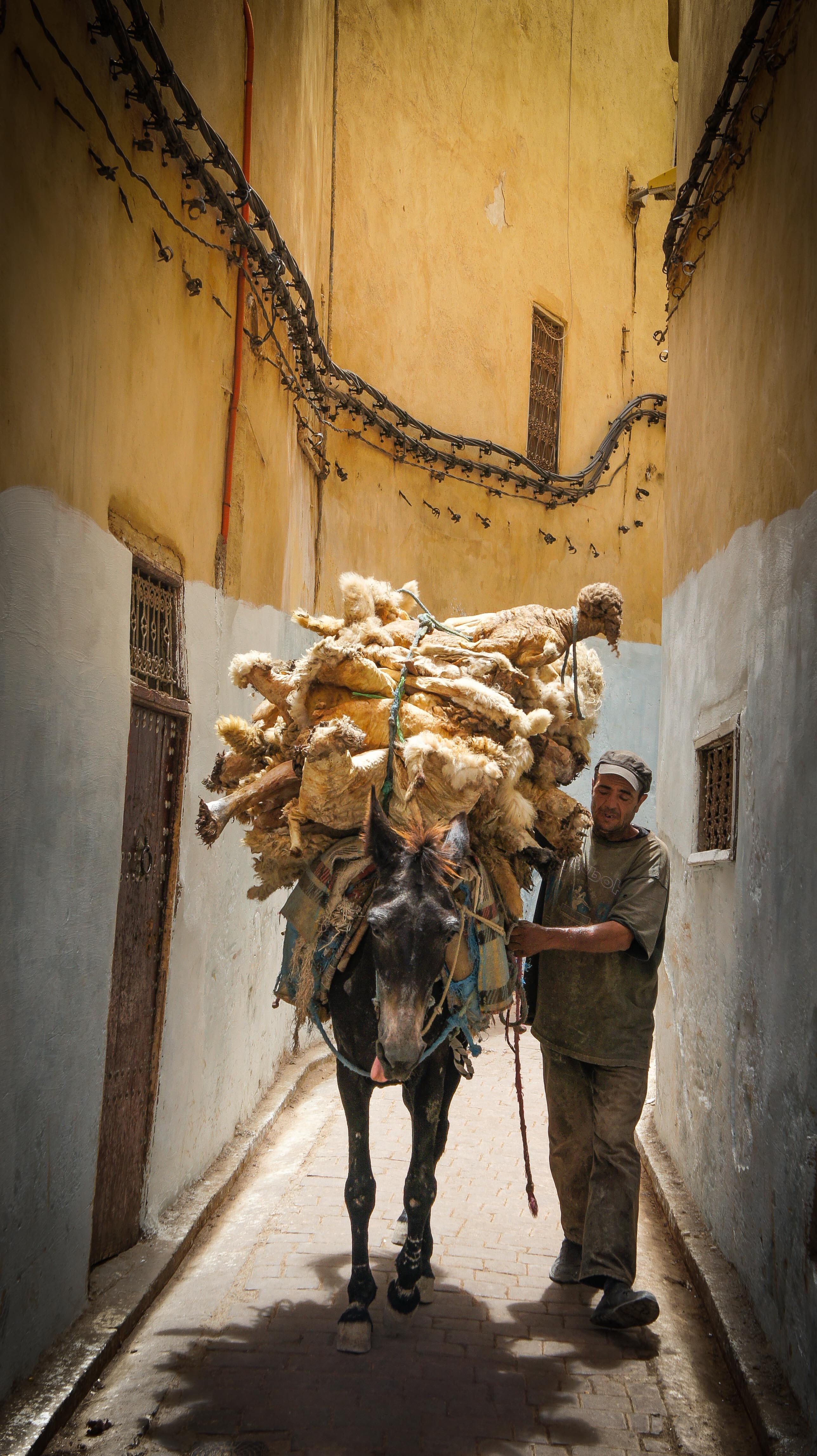 8. Take a Tangier side trip: Cap Spartel marks Africa’s The promontory projects into the water, marking the boundary of the Mediterranean Sea with the Atlantic Ocean. For atmosphere, the best time to come here is at sunset, when you can see dusk settle over the Atlantic.

This is Tangier, short on conventional attractions but it’s the artfully aged fabric of the city itself – the magnificent ruination of the Cervantes theatre, the lush graveyard gardens of St Andrew’s church, or the casbah walls’ tiled starbursts – which supplies the spectacle. The sights come thick and fast in a city where its compactness is a big slice of its charm.

The writer travelled with www.bypriorarrangment.com

This article has been published in www.letstravelmag.com

2 responses to “Travel: How to explore Tangier”