How to: have your cake and eat it too

After ten days sailing on the Red River in North Vietnam we came back to earth (land) and entered the mighty maelstrom of a late afternoon Hanoi happening. It seemed so crowded, so noisy, we had to find some a peaceful place.

I’m used to busy cities and love to throw myself into the middle of a crowd, but after gliding on the silky river waters and away from the hurley burly it came as a shock.

Then peace and quiet opened its doors – we entered the Metropole Hotel Hanoi and the world was set back on its axis.

To stay in the Sofitel Legend Hanoi Metropole Hotel is to be treated like royalty and be immersed in Hanoi’s long and complex history. The French carved a colony out in Vietnam from 1887 until its defeat in the First Indochina War in 1954 when independence was claimed for the country.

The French left many beautiful buildings especially in the north and the Queen is the Hanoi Metropole, gleaming white, brass polished as a shining ritual and all things here, tres bon. The staff still greet each guest throughout the hotel with a welcoming “bonjour”.

The hotel includes 364 rooms. The historic Metropole wing has 106 guest rooms and three Legendary Suites. The suites are named after famous residents and visitors to the hotel (Graham Greene, Charlie Chaplin, Somerset Maugham). Green and Maugham spent long periods here working on their novels. (For inspiration read The Quiet American by Graham Greene, or watch the movie starring Michael Caine.) 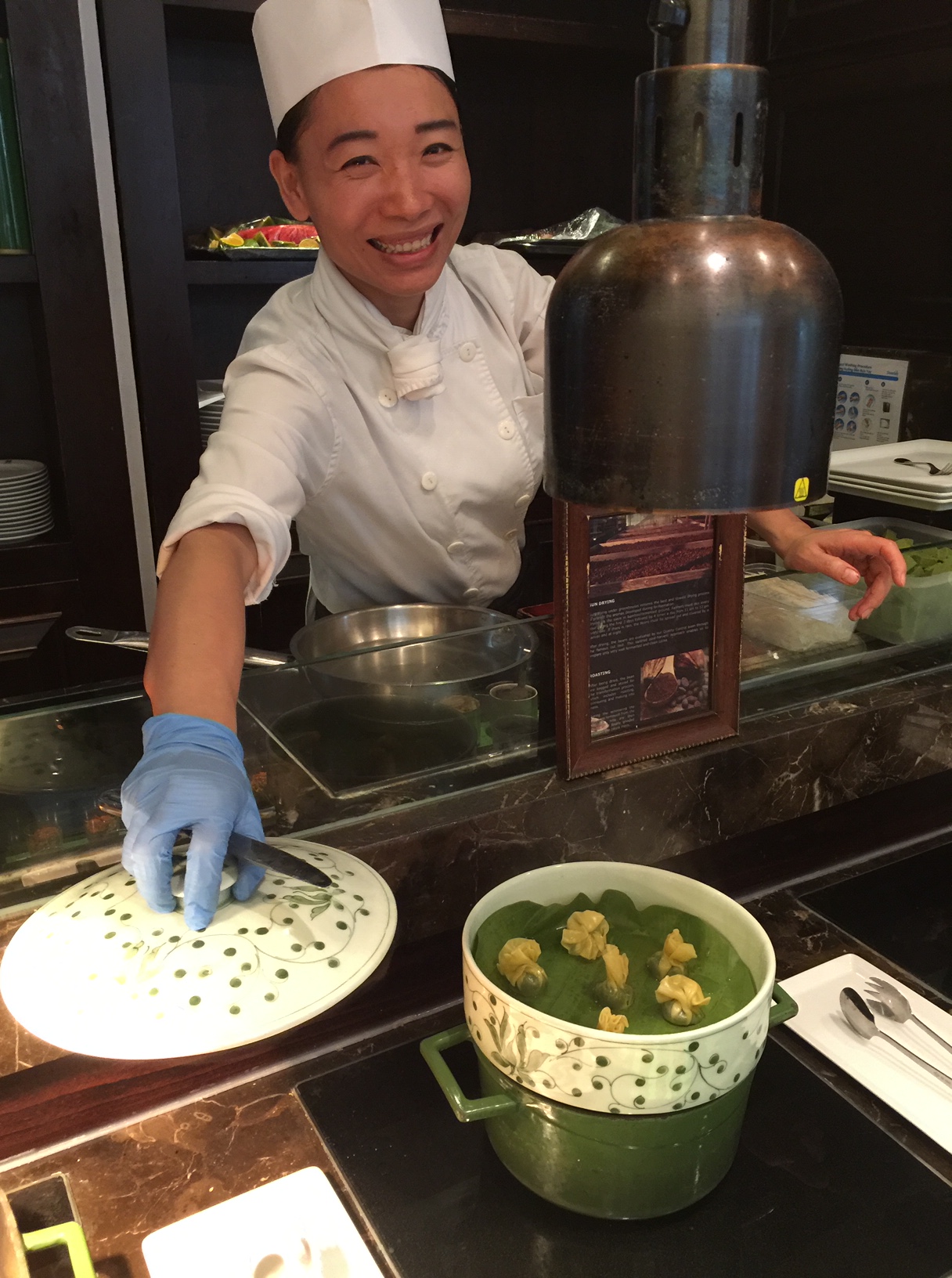 The architectural style is neoclassical and is set on a tree-lined street. This luxury hotel is a 5-minute walk from the Hanoi Opera House and 27km from Noi Bai International Airport.

And if you can only visit for one thing – make it afternoon tea. Served daily, High tea and the Chocolate Library – tres, tres, bon.

Every day, between three and 5.30pm, the Chocolate Library opens in the Club Bar. Praline, ganache, éclairs, mille-feuille pastries, chocolate fountain, a selection of every kind of French pâtisseries and chocolate in every shape and form appears and appeals seductively to the afternoon tea fanatic.… 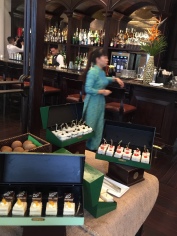 And the High Tea isn’t too shabby either . . .scones, pastries, tiny cakes, finger sandwiches, baby quiche . . . do I need to elaborate? My travelling companion and I worked the program . . .one of us did the High Tea, the other the Chocolate Library. Would have been a terrible shame not to share. 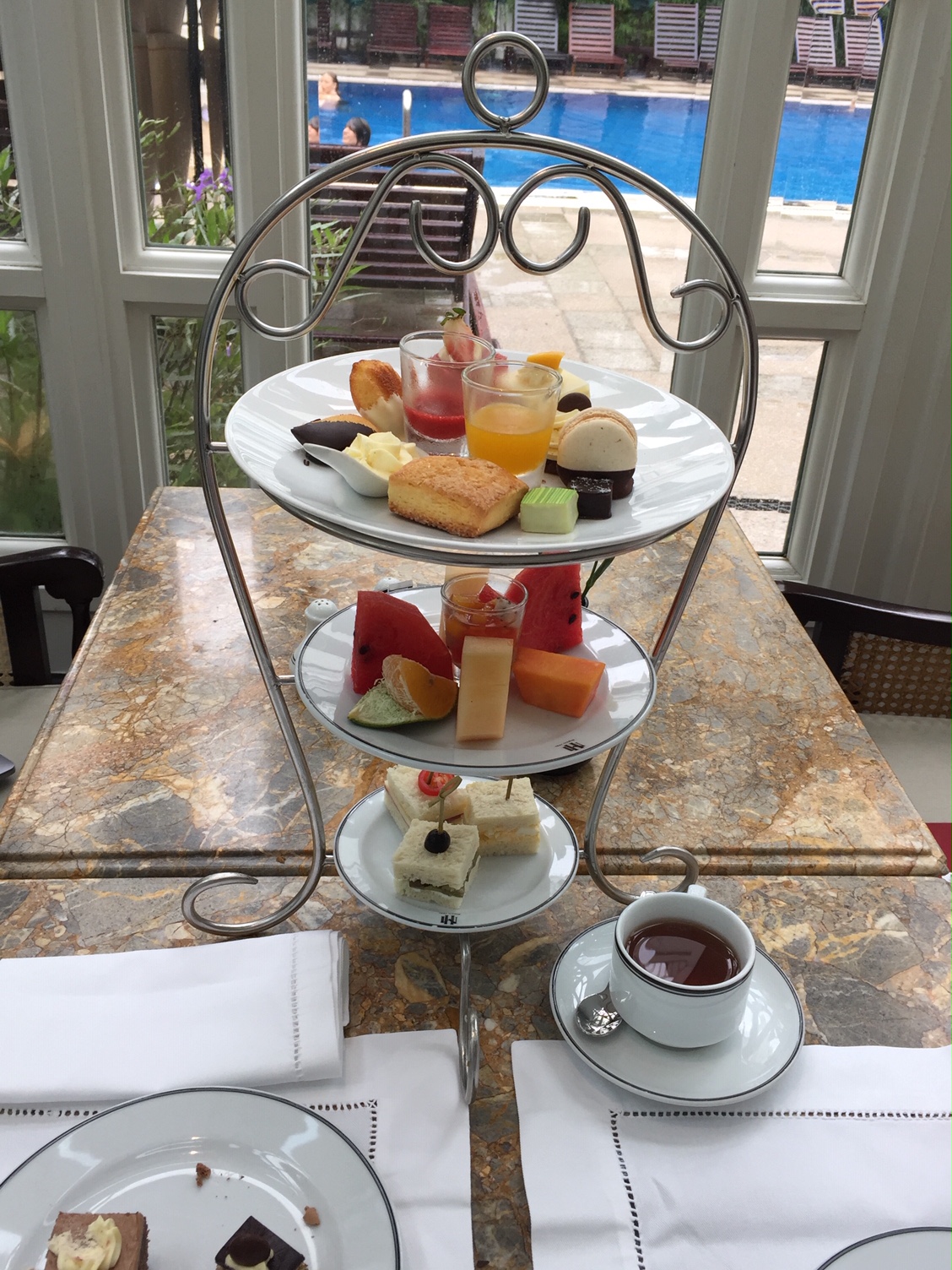 And there’s always Le Spa du Metropole after an afternoon of high indulgence. Enter a calm sanctuary of refined style for rituals combining east and west – to massage way the High Tea guilt.

For a little bit of fancy Francais in Vietnam, this hotel offers every experience to please a world traveller. Bon chance!

Writer Bev Malzard, recovered from an afternoon tea sugar coma, and proceeded to order a simple repast later in the evening. There’s a little shop within the hotel that sells baguettes, rolls, charcuterie and a selection of exquisite French cheeses. It was just a simple, light dinner . . . truly. 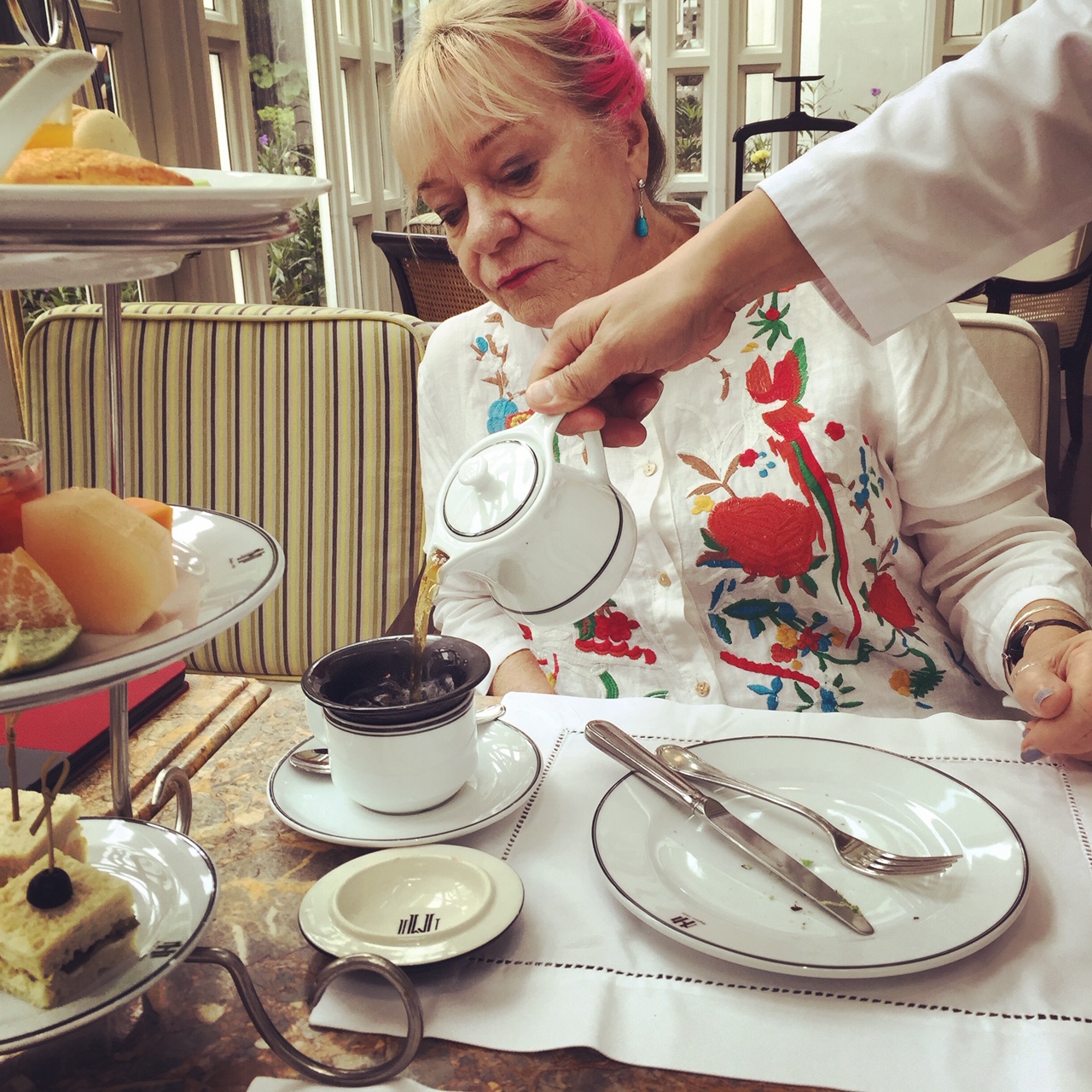 2 responses to “How to: have your cake and eat it too”