The (almost half) year that was

I was reading a colleague’s ‘year of travel tales’ and thought I might put my 2018 up in lights too. After a few trips last year that were diverse in their locations I have many warm memories and hopefully some insights into what makes the world tick outside my limited realm. Once I began looking through my diary and picking my brains I realised that one year was too much to fit into one blog . . .so half (well, April) a year to begin with.

At new year in 2018 I visited Melbourne with my partner and another friend, nothing planned but called it a holiday. The theme became Street and Wall Art (one of my fave subjects to write about). Melbourne led the way in Oz before other cities and country towns saw the benefit of exposing these fab young artists’ works, the tourism draw and total fun for the locals. 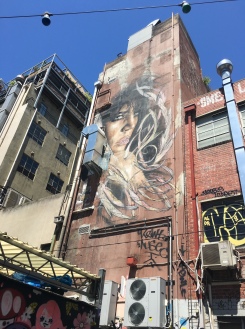 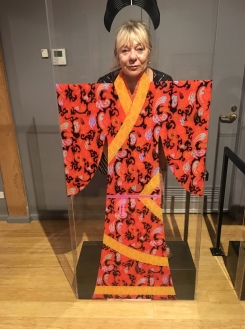 What I learned in Melbourne: Always take an umbrella, no matter what time of year you visit and always have a cake from the Ackland Street bakeries. Life is too short to miss one of these confections. Also discovered the charming Chinese Museum in Cohen Place.

During the Sydney summer, I mooched around town and my suburb going for walks; heading to the beach, and going to the amazing St George Outdoor Cinema. We go to see two movies every season and the thrill of the big screen lifting up from across the harbour, the music coming on and flights on bats swarming through the twilight sky is a very Sydney night to behold.

And what was deemed another ‘holiday’ was an eight-day stay in Bali. Landed and straight up to Ubud for R&R. Four days of bliss. And the day we arrived there was a full-scale royal funeral happening .  . . thousands of people packed the streets. It was such a colourful and joyful event – and event it was. Stayed at Honeymoon Guesthouse (this is not a sponsored post), big room with air-con, pool in the grounds and a good brekkie. The Honeymoon s owned by and Australian woman, Janet de Neefe and her husband Ketut Suadana. Janet was the person who started the Bali Writer’s festival, an internationally respected annual event. Her idea for the festival was after one of the bombings in Bali when morale was low and the island needed a boost.

After Ubud we spent two days in Seminyak at the fancy Hotel Indigo and decided that’s what fancy resorts/hotels are for, staying in and resorting to chilling out. It was so damn hot we just dipped in and out of the pool all day, ordered cold drinks and hot chips . . . nice way to spend the day.

Last two days at Sanur, so peaceful and laid back it was almost dull. But the Art Hotel had a funny roof infinity pool (pretty ordinary brekkie), nice cheap room, and close to cafes and restaurants.

What I learned in Bali: buy a cheap hat when you get there, don’t try to carry your good hat on a plane and from place to place. Go to a cooking school for a day’s course. Take moisturiser that is water-based. Don’t order the chicken Parmigiano on Jetstar. See https://travelgaltravels.com/2018/03/19/bali-cooking-class

Only 24 hours after landing back from Bali we were barreling south from Sydney, heading for a little town in north-east Victoria, Benalla. Stopped off on the way to stay in the wine town of Rutherglen to visit old friends for hippy, happy days in Greece many years ago (that’s an entirely different story).

Benalla’s Wall to Wall Art festival (see above link) was a blast – in a quiet country way. Yet again, exposure of art to locals and the huge crowd it draws from all over. The baby boomer crowd are the travellers who follow the art around, and check into the festivals and know what they like!

What I learned in Benalla: Eat out early. The first night there we ate at the local Chinese and it was pretty good. Next night looking for a restaurant at 8.30pm was more difficult – only the Colonel and his chooks beckoned so we opted for a frozen lasagna, fruit and yoghurt from the supermarket, nuked the dinner-in-a-box in the motel microwave and happy as a couple of Larrys.

Ranked as seventh highest town in Australia (1082m) Nimmitabel is a tiny town (320 population) in the Snowy Monaro region 37km south of Cooma in NSW.  I rolled into this town when the two shops had shut – so the place resembled a ghost town. But life hums along quietly here and I was to visit a friend who is a quiet achiever, a legend in some small circles – a man who, with his partner has been rescuing wombats left along the highway. He raises them, looks after them 24 hours’ a day, has them eat him out of house and home (true), travels far and wide to find fresh grass when the drought gives nothing and then he teaches them bush craft and how to live in the wild. There’s not a native animal or bird that someone has found and not brought to him to look after when it has been shot, neglected or run down by cowboy drivers. His name is Garry Malzard.

What I learned in that region: After having lunch at the cool little village of Jugiong, don’t distract your driver and end up in Canberra when you’re hoping for reach Sydney. AND the area around Nimmitabel has the only true chernozem soil in Australia, a very rich, fertile and dark coloured soil.[3]

Headed to the Fleurieu Peninsula – stunning coastline with roaring sea rolling in and vineyards crowding the land. A precious part of South Australia, this region boasts many splendours – one of which is the Star of Greece restaurant that sits on the edge of the cliff with views along the cliffs and beaches of Port Willunga. 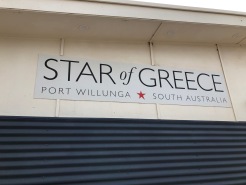 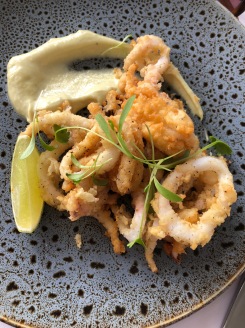 The Star has been there for many years and until a recent makeover it was a basic beach shack. And it is still not too up itself and offers conviviality and a homey ambience. No fancy pants here – just the real deal.

What I learned in Adelaide: Get out of town and visit the amazing D’Arenburg Cube . . .go see for yourself. Eat anything fish and chippy! Buy curry spices from The Adelaide Central Market.

Last stop in Oz before the middle of 2018 was a six-day trip to Tasmania. Two days in Launceston, and then a drive to Freycinet National Park to stay in the Coastal Pavilions – glam accommodation and the region home to the famous Freycinet oysters – so wish I liked them as people say they are the best!

Then on to Hobart in one of the worst storms the city had seen in decades – see link below.

So that’s me up until the end of May 2018. I didn’t realise I had such a good time last year . . . I will ponder on the second half for another post.